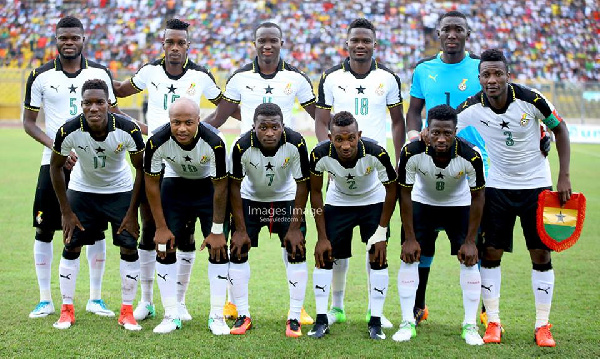 The Black Stars of Ghana played its first of pre-AFCON friendlies against the Brave Warriors of Namibia.

The Black Stars suffered a painful 1-0 defeat to the Brave Warriors in Dubai. Namibia happily sat back as Ghana dominated possession in the early proceedings.

However, it was Namibia who broke the virginity of the game through Manfred Starke as Lawrence Ati Zigi failed to hold unto a shot. Christian Atsu had the opportunity to restore parity but he missed the penalty.

After the recess, Ghana had the second penalty of the game but Mubarak Wakoso also missed from the spot as his kick hit the post.

Kwesi Appiah made wholesale changes in the second department of the game but his outfit failed to equalise before referee Abdullah Al Balushi blew the whistle for the end of the game.

The Black Stars will face the Bafana Bafana of South Africa on the 15th of June, 2019.

Ghana is in Group F and will begin the competition with a match against Benin on June 25 before they face African Champions Cameroon on June 29 in the second group match all at the Ismailia Stadium.

The Black Stars will play Guinea Bissau in the final group match on Suez on July 2.