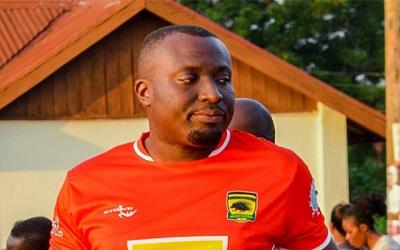 General Manager of Asante KotokoÂ Nana Akwasi Gyambibi popularly known as Nana Coker has revealed the club's decision to adopt the Accra Sports Stadium as its home venue for the rest of the season.

The Porcupines on Friday announced that they will be honouring the rest of the 2019/20 Ghana Premier League matches in Accra following the closure of Baba Yara Sports Stadium.

A statement read: Management has chosen the Accra Sports Stadium as our home ground for the remainder of the 2019/2020 season.

Reacting to the decision Coker said the number of the club's supporters based in Accra contributed factor a key factor in moving to the Accra Sports Stadium.

â€œIt is true we have chosen the Accra sports stadium as our new venue for the rest of the season. We chose Accra over other places due to the fact that we believed we have a lot of supporters in the Greater Accra region and in terms of travelling we felt Accra is the most convenient place,â€ he told Kumasi based Ashh FM.

â€œWe are not bothered by the fact that Hearts of Oak plays at that same venue, we believe we can survive there."

Currently, other premier league clubs including Hearts of Oak, Legon Cities, Inter Allies as well as Great Olympics all use the Accra Sports Stadium to honour their home league games.