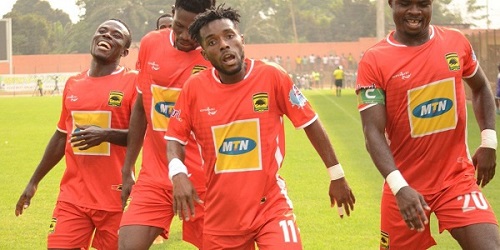 Asante Kotoko have rescinded their boycott of the Normalisation Committee's Special Competition.

The Porcupine Warriors on Tuesday, June 4 pulled out of the novelty competition over the decision of the Normalisation Committee (NC) to play a one-off match.

''The GFA would wish to have the two glamorous clubs play in the semi-finals. However, we wish you well if you stand by your earlier decision.''

But in a twist of events, the club has now agreed to face Hearts of Oak in the semi final on 16th June 2019, at Accra stadium with proceeds to be shared at 40% each, according to Kujoe Fianoo, member of the  Normalisation Committee's Special Competition organising team.