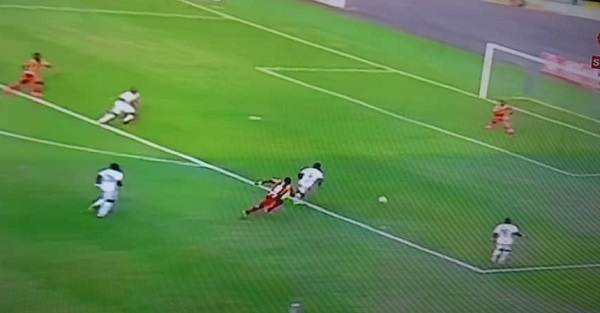 Kumasi Asante Kotoko beat Hearts of Oak 5-4 on penalties in the semifinals of the Normalisation Committee Special competition.

The game which was played at the Accra Sports Stadium saw Kotoko take an early first-half lead which they held on till half time.

Hearts after conceding the goal dominated possession but could not create any meaningful chances.

Hearts came out strong in the 2nd half as they threw everything at Kotoko until they got the breakthrough in added time.

The referee spotted a handball incident in the penalty area and awarded Hearts the spot kick.

Former Kotoko defender Christopher Bonney stepped up and made it 1-1 as the game ended.

It was decided on penalties as Mohammed Alhassan missed his kick to give Kotoko an advantage which Amos Frimpong scored.

Kotoko have set up a final with Karela United who also beat Ashantigold 1-0 in the other semifinal.