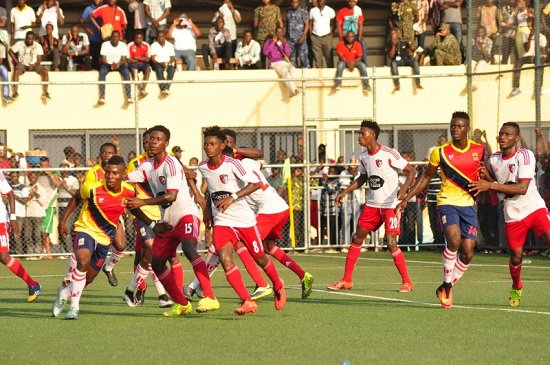 The Normalization Committee’s Special Competition bounces back with mouthwatering fixtures this weekend in matchday 6 at the various venues.

The top liner of matchday 6 is the crucial encounter between WAFA and Hearts of Oak schedule to come off at the Sogakope based stadium on Sunday.

The academy boys who are second on the Southern Zone table have been a torn in the flesh of the continental club masters in recent meetings.

Hearts of Oak have conceded 8 goals at the Sogakope Stadium in their last two visits there. In 2016 WAFA annihilated the Rainbow Club 5-0 while they continued their dominance over the Accra based club in the 2017 league season by beating them 3-0.

Coach Kim Grant and his charges will need to organise themselves well if seek to halt that jinx this Sunday.

Table toppers, Karela United will make a trip to Cape Coast to battle it out with Elmina Sharks while Liberty Professionals will slug it out Dreams FC at the Carl Reindorf Park.

Over in the Northern Zone, Berekum Chelsea will be hosting AshantiGold, as Bechem United will engage Aduana Stars in a regional derby.

Also, Eleven Wonders will play as a guest to Medeama at the Tarkwa P&A Park.

WAFA VS Hearts Of Oak