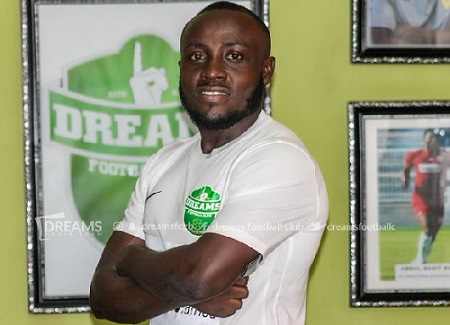 The NDC revealed in their manifesto that they will be establishing a sports fund which will support sporting activities when voted to power.

The opposition party’s Communication Director, Sammy Gyamfi, in a radio interview, hinted that each player in the Ghana Premier League (GPL) will be paid ₵1,500 a month.

“The NDC will establish a Sports Development Fund. The government will furnish the account with enough money and also generate some from corporate bodies,” he told Kumasi FM.

“Every club that plays in the [Ghana] Premier League will be supported with funds to settle player salaries, an average money of GH¢1,500 will be paid to each player.

“However, clubs that transfer players abroad will give a percentage of the money they earn into the sports fund.”

“It is doable. I think governments are beginning to see that football is not just a passion but also a job,” he told Citi TV

“When NDC comes into power, they can do it, because I can tell you on authority that majority of Ghana Premier League players are receiving salaries in the region of GHS 80 to GHS 250.

” So I think it is a good plan, only if they follow through on their promise if they win,” he concluded.

Some players in the Ghana Premier League in time past have bemoaned the poor remuneration they have to endure.

According to them, the Ghana Premier League will continue to be devoid of the cream of talents if the players are not well remunerated.