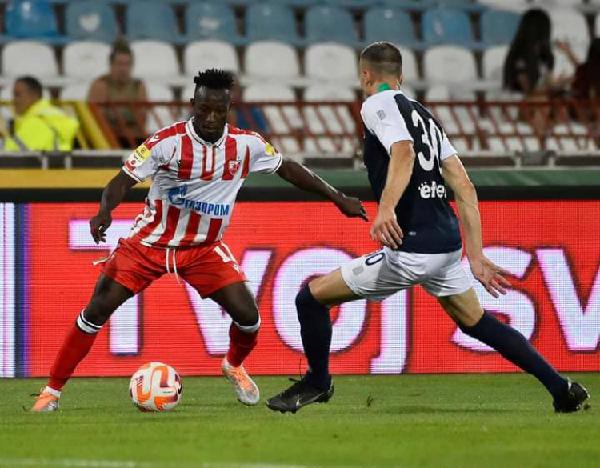 Black Stars winger, Osman Bukari had a stellar debut for Red Star Belgrade having registered his name on the scoresheet in their opening game of the season.

The Red-Whites set off their campaign on a brighter note, having humiliated FK Radnicki Nis by an emphatic 4-0 to move to the summit of the league after round one.

Osman Bukari, who just joined them from Belgian side KAA Gent recorded a sweet debut, having scored in their precious win and was replaced by compatriot Ibrahim Mustapha on the 71st minute.

Goals from Aleksander Katai, Kings Kangwa and Milan Pavkov added up to four to wrap up the victory.

Bukari, 23, will hope to exhibit an upgrade of what he exhibited today, when they face FK Kolubara Lazarevac in the second round of matches at the Rajko Mitic. Stadium.