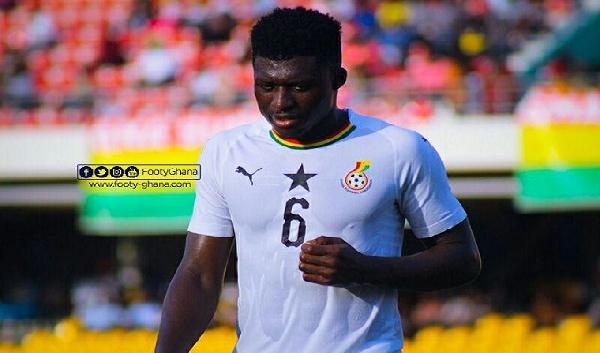 Black Stars head coach, Otto Addo has revealed he was shocked by Fiorentina midfielder, Alfred Duncan’s decision to call it quits with the senior national team.

The 29-year-old Duncan, last weekend said in a statement put out by his club that he had been “humiliated, discriminated against, and left aside for years,” thus his decision to retire from the national team to focus on his club career.

Duncan played 9 games for the Black Stars of Ghana, scoring no goals in a career that started in 2012.

Speaking ahead of Ghana’s game against Madagascar on Wednesday at the Cape coast Stadium, Otto Addo expressed his surprise at the development.

“The last time I spoke to Alfred Duncan was in February, I gave him an invite but he declined and told me his reasons and I accepted it as a coach,”

“I approached Duncan about a call-up, but the midfielder turned me down. Duncan’s decision to end his international career at the age of 29 surprised me”

“Last time I called was February. I wanted to invite him. He told me the reason why he didn’t want to come. It’s hard for me to understand.”

“He has the opportunity to join a team going to World Cup but he has his reasons. I have to accept it”, Otto Addo added.

Alfred Duncan’s last appearance for Ghana came in the AFCON 2021 qualifier against South Africa at the Cape Coast Stadium where the Black Stars run away 2-0 winners.

Ghana face Madagascar at the Cape Coast Stadium on Wednesday at 19:00hrs GMT in their first game of the 2023 AFCON qualifying series.