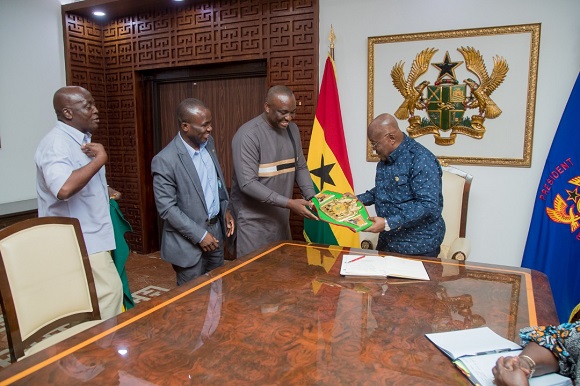 President Akufo-Addo has been decorated with a special national title by the newly elected Ghana Boxing Authority (GBA) executives.

The title which has his picture engraved on it symbolises his status as a former boxer and a member of the boxing fraternity.

This comes after a delegation of the newly elected GBA executives called on him at Jubilee House in Accra this week. 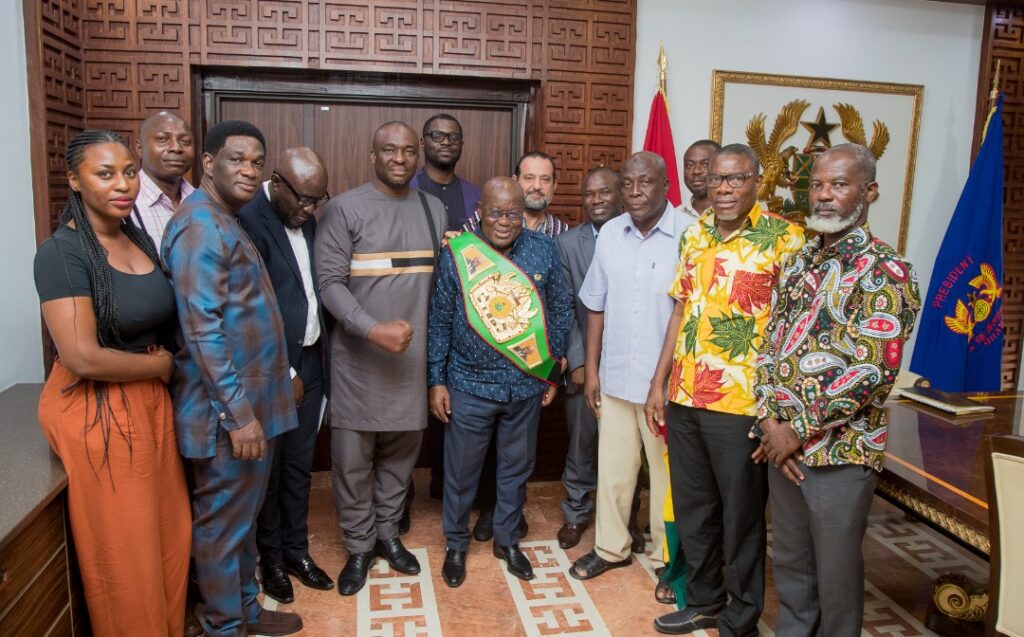 The GBA President Abraham Kotei Neequaye at the meeting indicated to Akufo-Addo that his administration has brought back the boxing league after over 16 years’ break to help reshape the vision and career of Ghanaian boxers who have been penciled down as world-beaters. 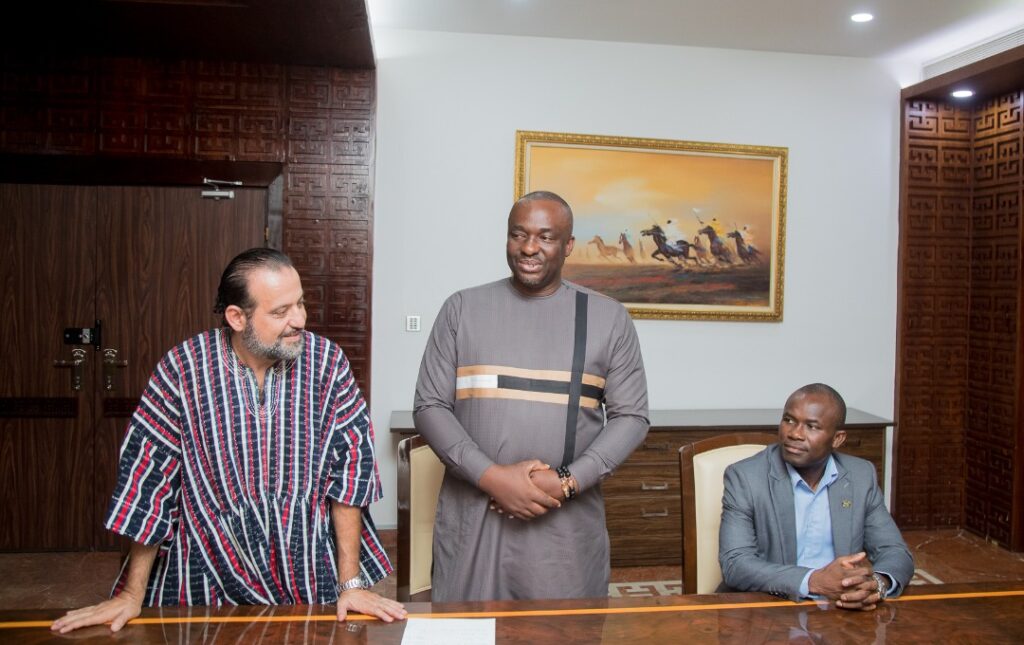 He made a passionate appeal for a bus and probably two pick-ups to help facilitate boxing programmes across the country.

“Our main focus is to extend our league fight nights to across the regions but due to the lack of logistics and other needed facilities, the project has remained here in Accra, denying equally good boxers in other regions,” he said.

“I will therefore like to humbly request for a bus and probably two pick-ups to help facilitate our boxing programmes across the country,” the GBA President added.

The President urged his executive secretary, Nana Bediatuo Asante to take note of the request of logistics (bus and 2 pick-up trucks) made by the GBA President. 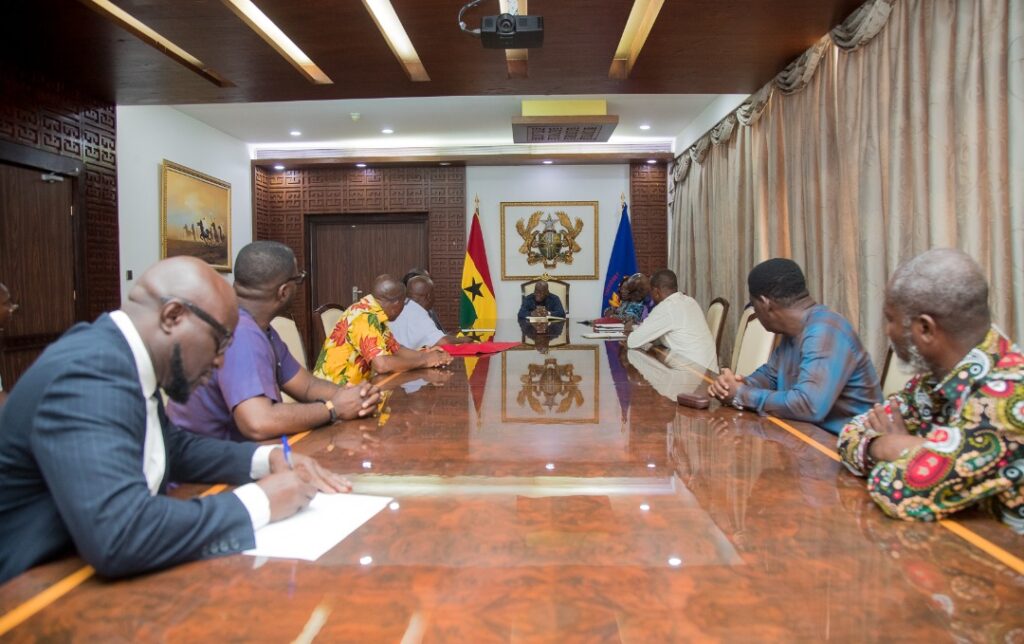 He also acknowledged the proposal for a ‘President’s Title’ fight night scheduled for  Boxing Day, December 26 and urged the GBA and its partners to officially write to the presidency through the Ministry for Youth and Sports.