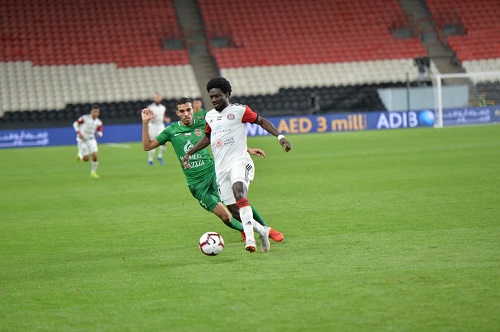 Ghanaian international Ernest Asante was again in fine form as his side Al Jazira drew 2-2 with Dibba Al Fujairah in the Arabian Gulf League on Friday, April 19, 2019.

Ernest Asante did not score but was instrumental in his side's draw.

Al Jazira had to wait till the 66th minute to draw level through Nacer Barazite.

They went ahead for the first time in the game when Zayed Al Ameri scored in the 68th minute.

At that point, Al Jazira looked set to snatch all three points only for Acosta to hit his second to make it 2-2 in the 90th minute. 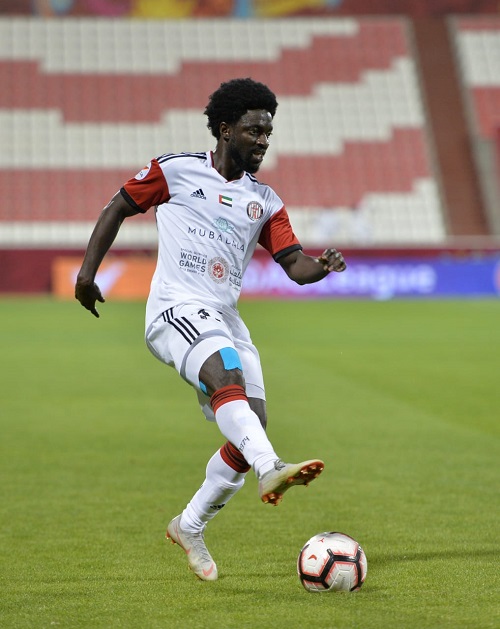 Ernest Asante who lasted the entire 90 minutes of the game has been one of the best performing players for his side.

The 30-year-old has scored 8 goals this season. 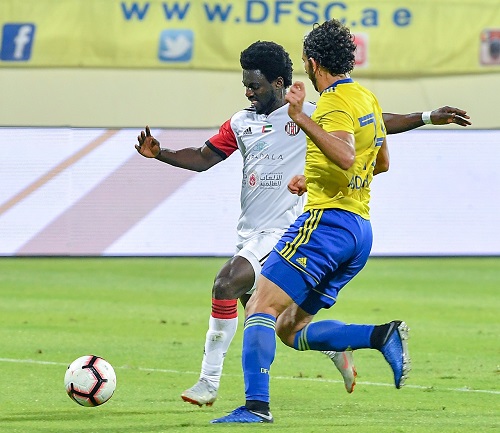 Al Jazira lies second on the Arabian Gulf League with 41 points with just 5 games to end the season.

Ernest Asante was recently given a Black Stars call up for the matches against Kenya and Mauritania.