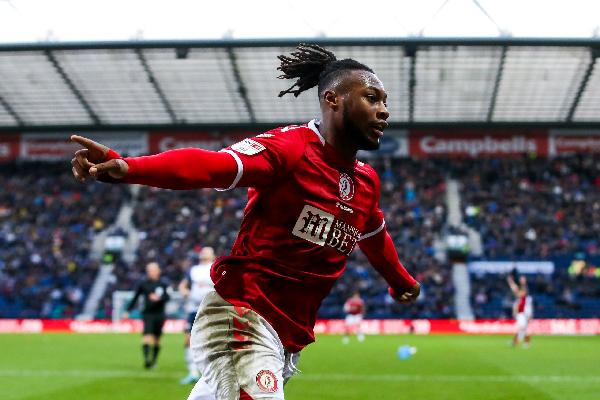 Bristol City striker Antoine Semenyo says playing at the World Cup will be one of the biggest achievements in his career.

The 22-year-old has switched nationality to represent Ghana at the international level.

Former Ghana coach Otto Addo named the center-forward in his squad for the 2022 World Cup playoff against Nigeria in March.

Semenyo was unable to honor the invite due to an injury that ruled him out of the doubleheader.

After making his injury return the Ghanaian forward is hoping to play in his first game in the 2023 Africa Cup of Nations qualifiers.

“I am hoping to come for the qualifiers in June. I am ready to go. I am ready physically, and mentally to play on the African continent”

“The World Cup could be one of the biggest achievements in my career. Not many people get the chance to do that and I would be glad to say that I have”.

The 22-year-old is hoping to make the Black Stars squad for the World Cup but must first convince the Ghanaian fans during the qualifiers.

“I haven’t established myself to the Ghana fans and coach so I want to play as many games so I can show people what I can do. I feel like being very clinical and if you give me one chance I will score”, he added.