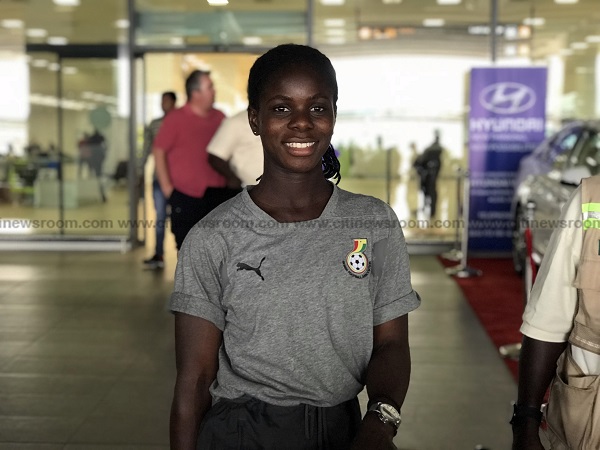 Mukarama Abdulai and Elizabeth Addo have made the final shortlist of the CAF Africa Women’s Player of the Year but unfortunately compatriot Portia Boakye could not make the cut.

The list of 11 players in contention for the award in the 2018 CAF Awards ceremony was trimmed from 15 and the winner will be announced on 8 January in Dakar, Senegal.

Mukarama Abdulai emerged top scorer at the 2018 FIFA U17 Women's World Cup in Uruguay with seven goals and also won bronze ball after the tournament and also netted 12 goals in 4 games during the World Cup qualifiers for Ghana.

Nigerian Asisat Oshoala has won three of the last five editions of the award, and in 2018 she helped Nigeria’s Super Falcons win a 9th Women’s Africa Cup of Nations title in Ghana.

South Africa's Chrestinah Thembi Kgatlana who plays for Houston Dash in the United States is highly tipped to crowned Queen of African Football.

The shortlisted nominees were decided by votes from the members of the CAF Technical & Development Committee.

The winners will be decided by votes from the head coaches and Technical Directors of the National Associations affiliated to CAF.

CAF 11-man shortlist for Women’s Player of the Year