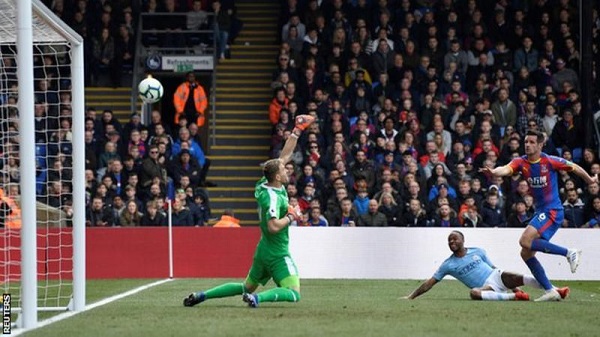 Raheem Sterling scored twice against Crystal Palace to inspire Manchester City to a ninth straight Premier League win and send Pep Guardiola's side to the top of the table - if only for a few hours.

With title rivals Liverpool hosting Chelsea in the late kick-off (16:30 BST), City moved one point clear at the summit after a dominant performance at Selhurst Park.

England winger Sterling's instinctive finish after Leroy Sane's pass doubled the lead before Palace, who are 11 points above the relegation zone, reduced the deficit through Luka Milivojevic's late free-kick.

However, Liverpool will return to the summit if they beat Chelsea later in the day.