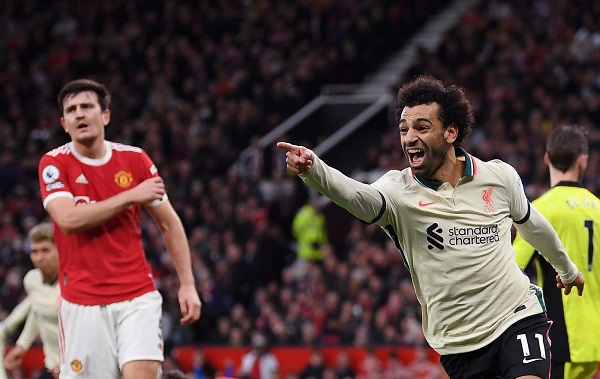 A Mohamed Salah hat-trick sparked a 5-0 romp at Old Trafford in October that helped end Ole Gunnar Solskjaer’s reign in the Old Trafford dugout, with Liverpool now looking to complete their first Premier League double over their heated rivals since 2013/14.

Jurgen Klopp has only tasted two domestic defeats since that first match to leave Liverpool just a point off leaders Manchester City, who they dumped out of the FA Cup in a thrilling 3-2 Wembley semi-final at the weekend.

United also won ahead of the derby, downing Norwich by the same scoreline, but face a huge task to end a six-year run without a victory at Anfield.

Here is everything you need to know ahead of tonight’s game...

Anfield in Liverpool will host the match.

Liverpool vs Manchester United team news
Diogo Jota could return for Liverpool as Jurgen Klopp contends with a continued fixture pile-up after the Wembley win over City.

The likes of Joel Matip, Roberto Firmino and Jordan Henderson could also be in contention to start.

While the hosts have no real injury concerns of the moment, United are without a number of players.

Scott McTominay (foot), Edinson Cavani (calf), Luke Shaw (leg) and Fred (hip) are definitely out while Raphael Varane (muscle) is hoping to return at some stage this week.

Bruno Fernandes should be fit despite being involved in a car crash on Monday morning.

Head to head (h2h) history and results
Liverpool have lost just one of their last eight meetings.