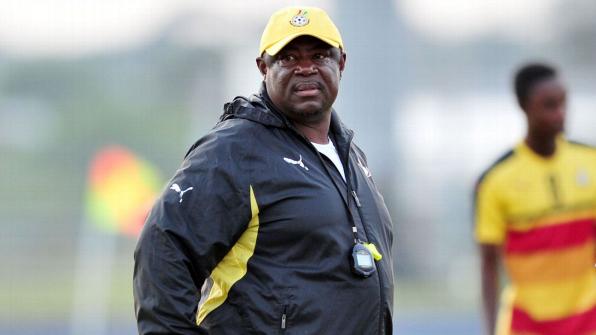 Samuel Kwasi Fabin hails from Elmina in the Central Region but was born in Tarkwa and grew up in Kumasi. He had his primary and middle school at Education at Bantama Presbyterian School and St. Cyprians Boys School in Kumasi. He was an all-rounder during his school days playing football, basketball, volleyball and hockey. His talent was spotted at a very young age and even played hockey up to the national level. His football talent landed him in Techiman where he formerly played for the defunct Holy Stars (then 1st Division side) and Eleven Wonders.

Samuel Fabin played with the likes of Emmanuel Armah (Senegal), Ntow Gyan and others. However, Academic pursuit wouldnâ€™t allow him to play to the top level as he abandoned his love for football for education. He enrolled at the Winneba Specialist Training College to read Diploma in Physical Education and Sports in 1984. While there, he featured in games for the school team at GUSA Games. At Winneba, he developed an interest in coaching after meeting his idols, coach Sam Ardey, Jones Attuquayefio, Jim Amoah, Oko Aryee and a few more. He led Obuasi Secondary Technical School to win the Ashanti School Soccer Competition, which was for the first time won by a school outside Kumasi. Samuel Fabin proceeded to the University again to upgrade himself in 1994 where he pursued a Degree in Health Physical Education Recreation, Management and Psychology.

At Osei Kyeretwie Secondary School (OKESS), Samuel Fabin nurtured the likes of Sulley Muntari, John Mensah, Kwadwo Poku, Stephen Oduro, Lawrence Kianya, and William Thompson and led the school to win Inter the schools games and the National Milo Tournament for several successive years. His exploits at OKESS won him a lot of admirers and suitors and one of them was Asante Kotoko. He was appointed as coach of the Kotoko youth team in 1992. Samuel Fabin nurtured players like Francis Akwafo, Alex Asamoah, Osei Kwadwo and Eric Nii Baah over a 3-year stint with the youth side. Not long after, he caught the eye of the leadership of Asante Kotoko and got appointed by management as Assistant Coach to Ernst Middendorp and Hans Dieter Smith. He went into full-time coaching in 2005, having signed his first professional contract with former Ghana Premier League side Berekum Arsenal as the Head Coach.