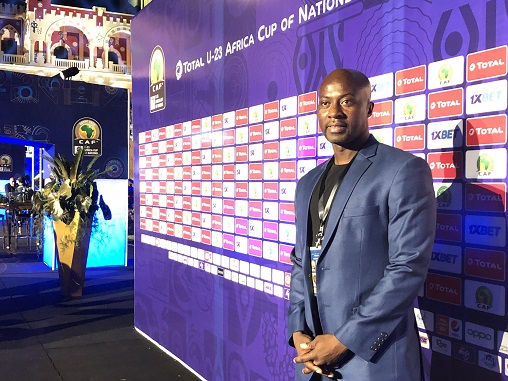 Get to know more about the new coach of the Ghana Senior National Team 'B' side otherwise known as home-based Black Stars.

Ibrahim Anyars Tanko hails from Bawku in the Upper East Region of Ghana but was born in Kumasi on 25thÂ August, 1977 to the Bisa (Busanga Tribe) Chief of Kumasi.

He had his early Primary and Junior High School Education at Asem boys Primary before proceeding to Osei Kyeretwie Senior High School (Okess) for his secondary education, playing football along the line.

As a football inclined young chap, Tanko decided to pursue a career in football and was with State Envoys, a Kumasi-based Colts club, from 1984-1990. He moved to King Faisal Football Club in 1990 and played there until 1993 when he joined the youth side of German Bundesliga giants Borussia Dortmund in the 1993/94 season. Tanko spent seven years with Dortmund before moving to another reputable club, SC Freiburg, where he played for six seasons from 2001-2007. Ibrahim Tanko won 20 caps for the Senior National Team of Ghana (Black Stars), featuring in the 1996 Africa Cup of Nations in South Africa where Ghana finished fourth.Â  He chalked a lot of successes in his football career winning the German Bundesliga twice with Borussia Dortmund.

HONOURS AS A FOOTBALLER

- The second Young Player to Play in the Bundesliga at age 17.

After hanging his boots, he decided to pursue a career in coaching and has the following qualifications.

As a coach, Ibrahim Tanko has built a huge reputation for himself, following stints in Germany, Japan, Denmark and Cameroon. His first appointment came in 2007 when he was appointed Under-17 Coach of SC Freiburg.

Tanko has also achieved the following, in his coaching career:

- Qualified Cameroon to 2015 Africa Cup of Nations as Assistant Coach

- Qualified Ghana to 2019 Africa cup of Nations as Assistant Coach