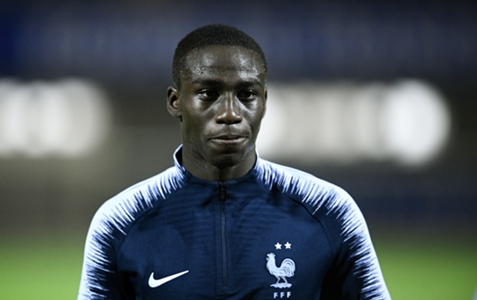 The France boss confirmed on Monday that one of his brightest talents is set to move to Los Blancos this summer.

The Lyon man has been heavily linked with a move to the Spanish capital after Los Blancos’ poor showing in 2018/19 and, speaking at to the press on Monday, Deschamps said that a €50 million (£45m/$57m) transfer has been agreed between the Ligue 1 club and Real.

"Ferland has a spectacular growth, he was in Ligue 2 two years ago and he will be at Real Madrid [next year]," said the World Cup-winning coach.

"He has both feet, with us he has been good every time he had to play.”

There is yet no announcement from either Lyon or Real regarding the transfer, but should Mendy join the side from the Spanish capital, he will become their third signing this summer, following the transfers of Luka Jovic and Eden Hazard last week.

If the deal does indeed take place, it will mark the end of an incredible two years for the defender, who in the 2016/17 second was playing second-tier football for Le Havre.

However, he has excelled since his 2017 move to Lyon - for an estimated €6 million (£5m) - and has been voted in the Ligue 1 Team of the Year in both seasons he has played in the division.

His superb showings in recent years mean he has established himself as one of the best young left-backs in world football, although the 24-year-old can also operate in midfield.

As well as excelling at club level, Mendy has become a vital part of Deschamps’ France squad, despite competing with the likes of Benjamin Mendy, Lucas Digne and Lucas Hernandez for a left-back berth.

Mendy played in Saturday’s shock 2-0 defeat to Turkey in their Euro 2020 qualification group and is expected to feature against Andorra on Tuesday.

He may also not be the only French international destined for Madrid, with speculation still swirling that Paul Pogba is set to join Zinedine Zidane’s side.

So too, has international team-mate Kylian Mbappe, while Tottenham’s Christian Eriksen and Paris Saint-Germain star Neymar have also been linked with a move back to La Liga.