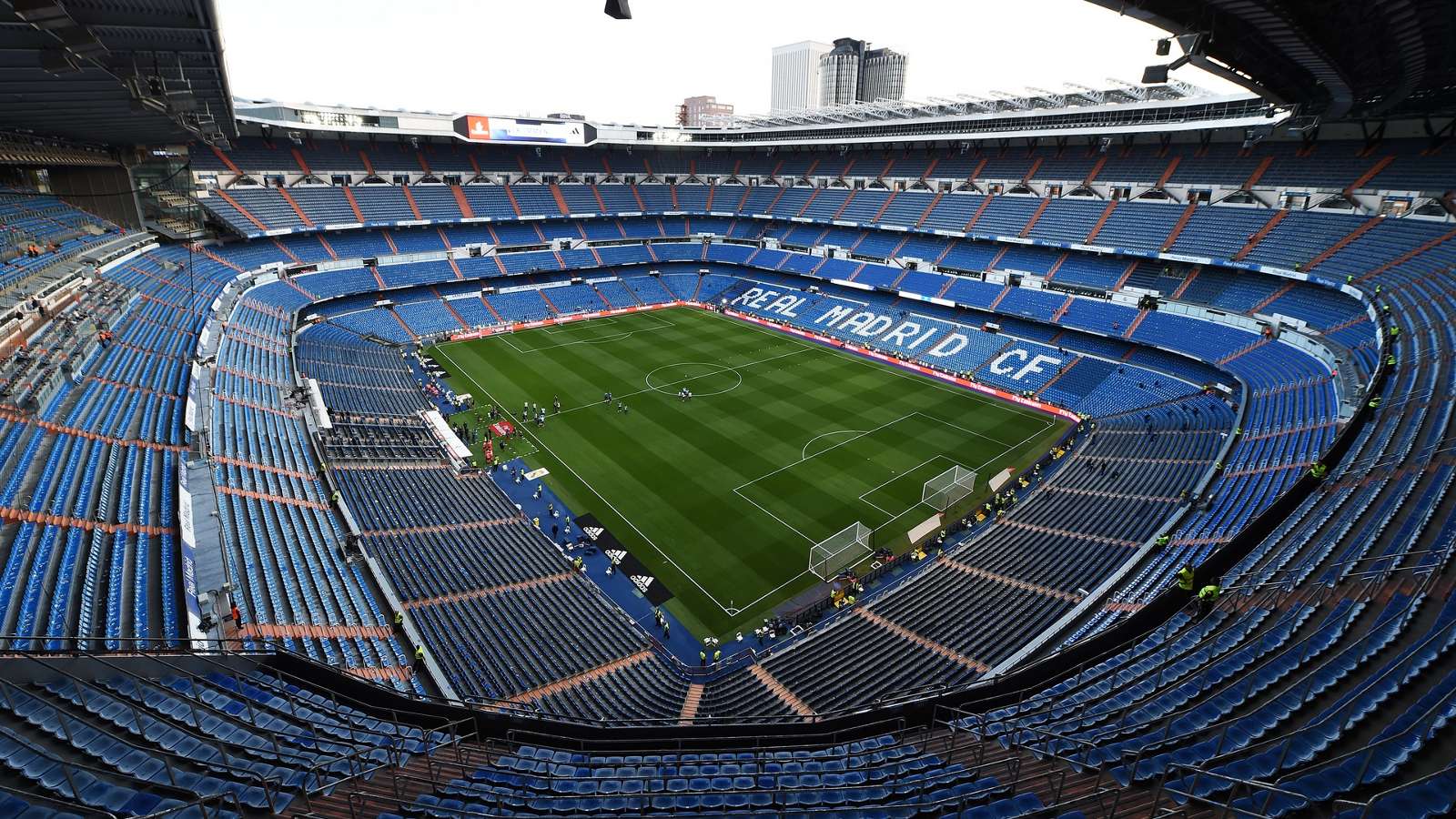 Real Madrid will not play any of their remaining La Liga home matches at the Santiago Bernabeu when the competition returns, president Florentino Perez has confirmed.

The Spanish capital club will instead host their games at their training venue - the Alfredo Di Stefano Stadium at Valdebebas - with two home fixtures first up for the 13-time European champions.

The 6000 seater stadium, which is usually home to the club's youth team Real Madrid Castilla, will be equipped with new floodlights and advertising spaces, while VAR technology will also be installed.

Perez revealed the decision to finish the campaign away from the Bernabeu was made so renovations could be completed at the famous stadium ahead of schedule.

"We have made the decision to play in the Alfredo Di Stefano stadium in our Ciudad Real Madrid all the games in which we will play as the home team," Perez wrote in a letter to Madrid's supporters.

"This decision will allow us to advance in the works of the Santiago Bernabeu stadium."

The updated Bernabeu was due to be completed in the summer of 2022, but Perez's decision may see the project finished ahead of schedule.

Some of the renovations on the stadium include the installation of a retractable roof, while a removable pitch will be kept so the arena can be used for other events such as concerts.

La Liga is set to resume behind closed doors on June 11 after a three-month break was initiated when Madrid were forced into quarantine because one of their basketball club members tested positive for coronavirus.

A Seville derby between Sevilla and Real Betis will kick-start the season, while Madrid's first match back will be against Eibar at the Alfredo Di Stefano Stadium on June 14.

Madrid will again be at home for their second match against Valencia on June 18 as the competition tries to squeeze in its 11 remaining matchdays in only five weeks.

The planned resumption of La Liga follows the restarting of several European leagues from enforced Covid-19 breaks, with the Bundesliga having returned on May 16.

England's Premier League is targeting a return on June 17, while Italy's Serie A is hoping to restart on June 20.