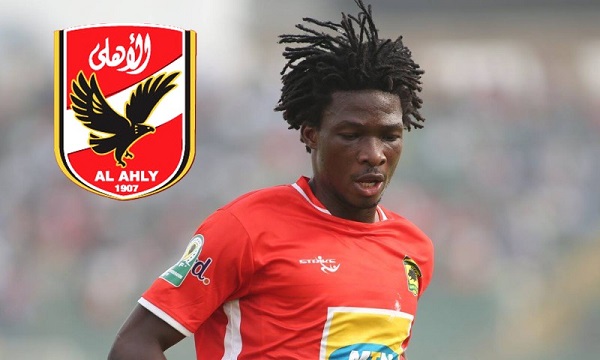 The Burkina Faso attacker has been on the radar of the seven times African champions following his blistering form in the CAF Confederation Cup with the Porcupine Warriors.

Reports say, the Red Devils are ready to make a $1.5 million offer to Kotoko for the services of the player.

It is also believed the Cairo based club will offer the striker an improved salary, which could see him take $15,000 a month.

However, the Ghanaian giants are not ready to lose their most prized asset and are also considering a new deal for the 27-year old.

Yacouba has netted once in the CAF Confederation Cup but has been the tormentor in chief in the Asante Kotoko team.

But remember, it is a rumour not verified by the club, agent or the player, so don’t start celebrating just yet.

The Reds lie second in Group C of the CAF Confederation Cup and will host Sudanese giants Al Hilal on Sunday, March 10 in Matchday 5 at the Baba Yara Sports Stadium.