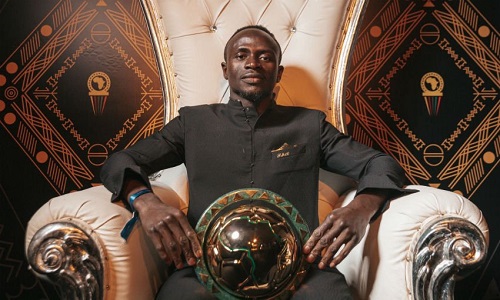 Senegalese forward Sadio Mane has been named CAF's African Player of the Year for the second time in succession.

At a ceremony staged in Rabat, Morocco on Thursday night, July 21, Sadio Mane beat off competition from fellow countryman Edouard Mendy and two-time winner of the award Mohamed Salah due to his stellar performance in the season under review.

The 30-year-old enjoyed a great campaign with his former club, Liverpool, during the 2021/22 season, which saw him end up with the FA Cup title.

The Senegal international during the year under review led his country to their first-ever AFCON triumph, beating Egypt to win the final.

Sadio Mane has emerged as the Most Valuable Player, of the tournament held in Cameroon where he also scored 3 goals.

He also played a key role for the Teranga Lions, guiding them to a World Cup slot.