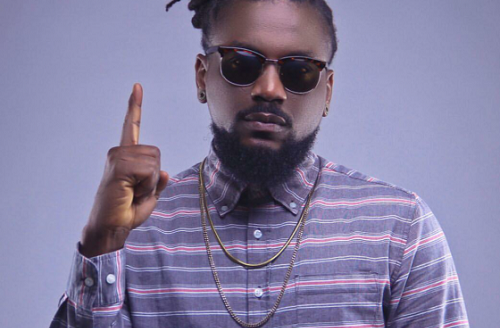 The award-winning musician was last Saturday appointed by the Ghana Premier League side to be their brand ambassador.

He is expected to use his brand to mobilize supporters for the Dansoman based club ahead of the upcoming league season.

"Yes, it is true I been confirmed as the Brand Ambassador for Liberty Professional. The Scientific Soccer lads is naturally my home team and it is just right to have an official connection with them so whatever I can do to propel the team to the next level, I will.

The two brands are different, I'm an entertainment brand and Liberty is a football brand but one thing we have in common is that we are all based in Dansoman so we've joined forces to achieve a common goal," he told Happy FM.

Liberty Professionals over the weekend played a friendly with Dreams FC which ended in a 1-1 stalemate.

According to the scientific Lads head coach Reginald Asante, the game was a good test as it has revealed the loopholes in his team.

“We are doing a rebuilding, we have identified the loopholes in the team, we have a problem in the attacking end and we will rectify it,” Asante stated after the friendly game with Dreams over the weekend.

“We have a strong team made up of youths that we are preparing for the league, I think we are ready for the new season.”