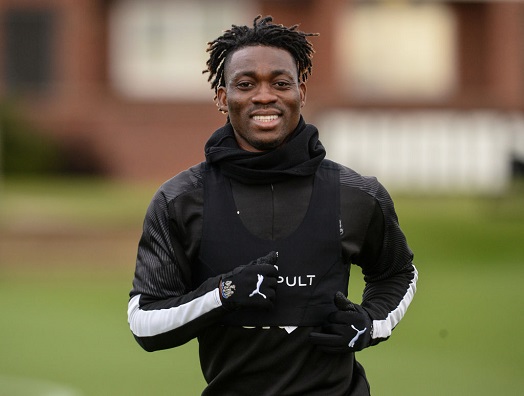 Scottish giants Celtic have expressed interest in Newcastle United winger Christian Atsu, according to reports in the United Kingdom.

Atsu who has fallen out of favour has been told by Newcastle United manager Steve Bruce that he needs to move on to progress his career elsewhere.

“I like Christian - the same goes for [Yoshinori] Muto - trains every day, works tirelessly, [and is] a good professional," Bruce told the BBC Newcastle on Monday.

"But in a situation where, are they going to play enough? There has to come a time when they go and play football.

"Saivet, Atsu, Muto, [Achraf] Lazaar, [Rolando] Aarons - they need to find a home and try to progress their careers again."

The 28-year-old managed just six league starts for Newcastle last season and hasn’t played since January and it’s clear that the Ghanaian isn’t wanted at Newcastle, and he now has a few weeks to try and sort out a move elsewhere.

Celtic made a move to sign Atsu in January, but he turned them down according to Sky Sports.

On Saturday, Atsu was missing from the matchday squad as Newcastle handed West Ham United a 2-0 defeat in their 2020-21 Premier League opener, despite scoring in a pre-season 3-0 triumph over Crew Alexandra.

Christian Astu initially joined Newcastle from Chelsea in 2016 while the Magpies were in the English second-tier, the Championship.