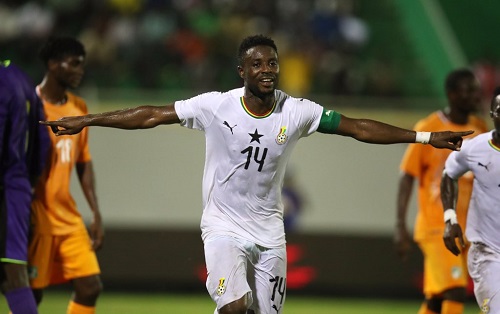 Mumumi who emerged the WAFU 2019 competition's topÂ scorer with four goals has expressed his willingness to join the Porcupines if they come calling but the right things have to be done first.

â€œI have heard the rumour in the media linking me to Asante Kotoko but they havenâ€™t been any official approach but Iâ€™m ever ready to play for them. Itâ€™s a matter of negotiation and whether I will be content with the amount they will offer,â€ he told Kumasi FM 104.1 MHZ.

He has also responded to reports that he failed his trials with Romanian clubÂ CFR Cluj. According to the 24-year-old, such reports are untrue and insisted everything went well but the FA suspended the league at the last moment he was set to complete negotiations because of the coronavirus pandemic.

"It is true I went to Romania to have stints with CFR Cluj together with some players from Argentina and Paraguay. Everything went on smooth but the FA suspended the league in the week I had to complete the paper works because of the Coronavirus pandemic," he told Kumasi FM 104.1 MHZ.