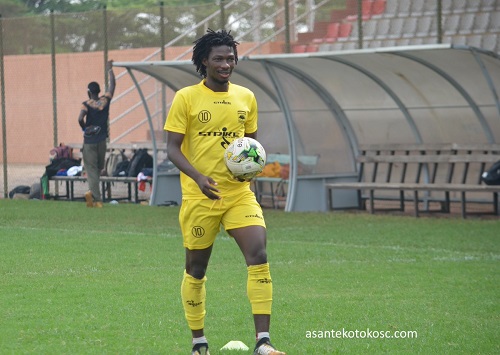 The clubs include Golden Arrows of South Africa and Tanzania duo of Simba FC and Azam who want to augment their squad with the Burkina Faso international.

According to Soccer Laduma, Ahmed Nuno,Â  a representative of Yacouba has confirmed that they have already received offers for the former Stade Malian player.

He added that the offers made failed to meet the valuation of the player.

"Golden Arrows have given us an offer for the player and there are also two teams from Tanzania Azam and Simba. But we weren't satisfied with their offers"

Yacouba who has been out of Asante Kotoko match-day squad in recent weeks following his decision not to renew his contract with the club was handed a return to the first team of the club for their clash with Karela United early this month.Â

Meanwhile. General Manager of Asante KotokoÂ Nana Akwasi Gyambibi popularly known as Nana Coker has poured cold water on reports of Songne Yacouba's inclusion in their squad for the trip to London to face Hearts of Oak.

According to coker, reports circulating that the Burkinabe attacker has been included for the London showdown against their bitterest rivals should be discarded.

In a radio interview monitored by Primenews he said "....between Kotoko and Yacouba we all know that he is under contract with Kotoko and the contract expires next month. It is not true that Yacouba is part of the London trip."
Â
READ ALSO:Â Shafiu Mumuni issues come-and-get-me plea toÂ KotokoÂ