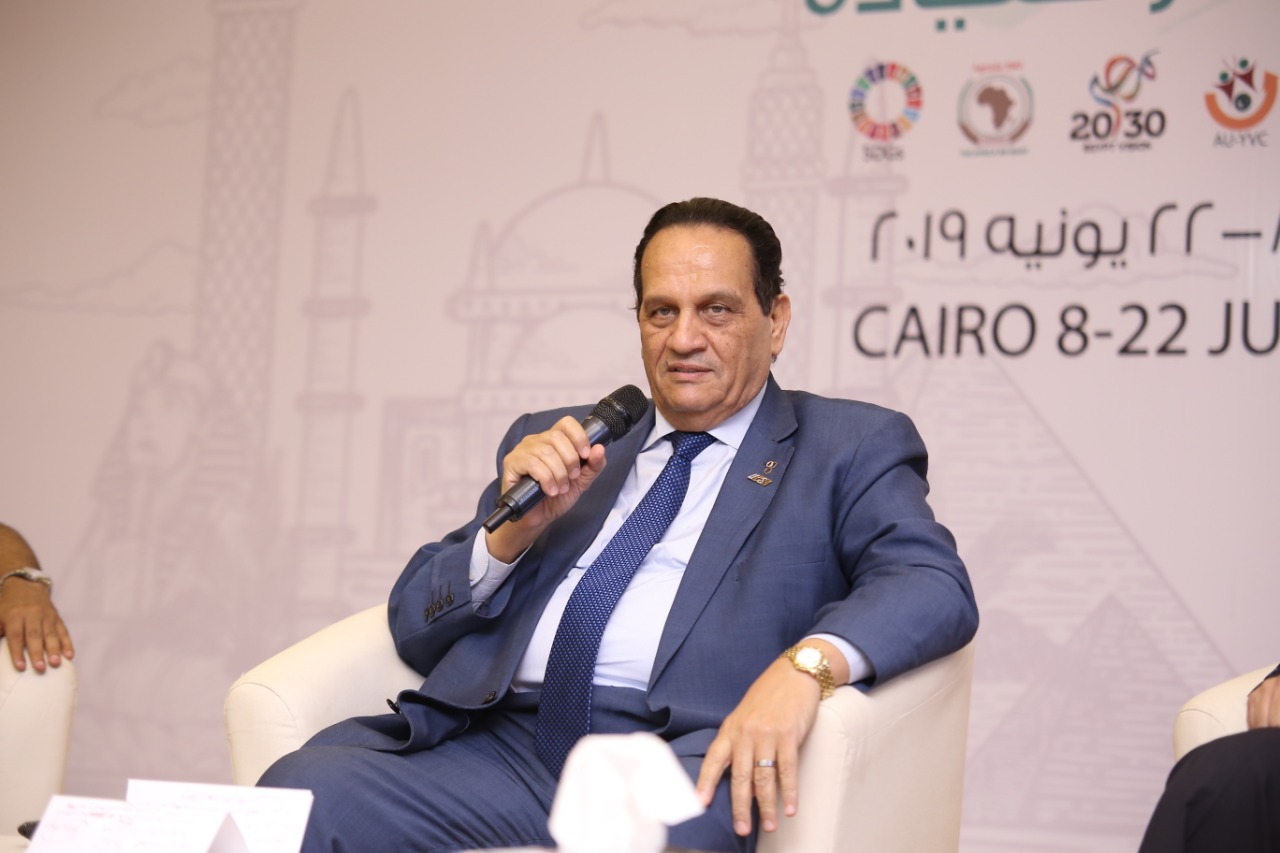 Major-General Ahmed Nasser, President of the Association of African Sports Confederations (UCSA), stressed the importance of the role of sports in Africa, especially because it creates a kind of competition in the light of the desire of young people to participate in international forums, mentioning that sport is a soft power that ensures rapprochement between African peoples and achieves the goals that politics can not achieve.

This is addressed in a session entitled "Sport in Africa", held within the framework of second day of the "Nasser Fellowship for African Leadership" launched by the Ministry of Youth and Sports (the African Youth Bureau and the Central Administration of the Parliament and Civic Education) under the auspices of Mr. Moustafa Madbouli, President of the Cabinet of Ministers, in cooperation with the Pan African Youth Union, from 8 to 22 June 2019, at the Center for Civic Education, El Gezira. 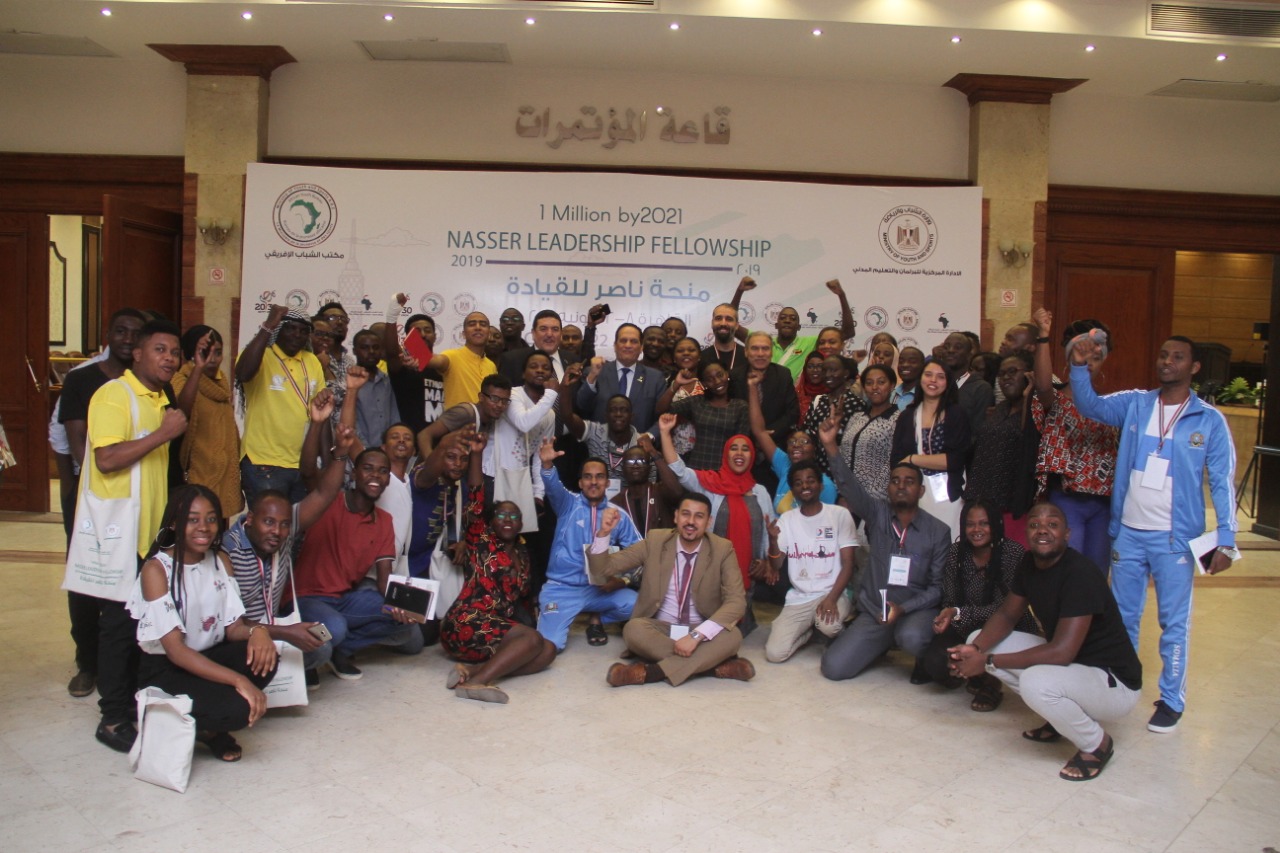 Mr. Nasser said that UCSA plays an important role in the rapprochement between Egypt and Africa through the promotion of Olympic games and various sports and the support given to African countries to create a sporting mobility in Africa, which ensures the integration between Egypt and Africa in the field of sport, noting that UCSA is a French acronym which means "Association of African Sports Confederations", and whose membership includes 60 African sports confederations.

The UCSA is responsible for Sport in Africa from a technical point of view and represents the third side forming the triangle of sport in Africa with the African Union and the Association of National Olympic Committees of Africa (ANOCA) which organizes and promotes the tournaments.

Mr. Nasser also praised the role played by the Ministry of Youth and Sports, under the chairmanship of Dr. Ashraf Sobhi, in supporting and ensuring cooperation between all African sports confederations, as well as supporting all competitions organized by the UCSA and ANOCA, emphasizing that the Ministry is endeavoring to promote various games and sports in Africa within the framework of its social responsibility in the field of sport at the service of African society in order to realize the vision of President Abdel Fattah al-Sisi to strengthen relations with all African countries. 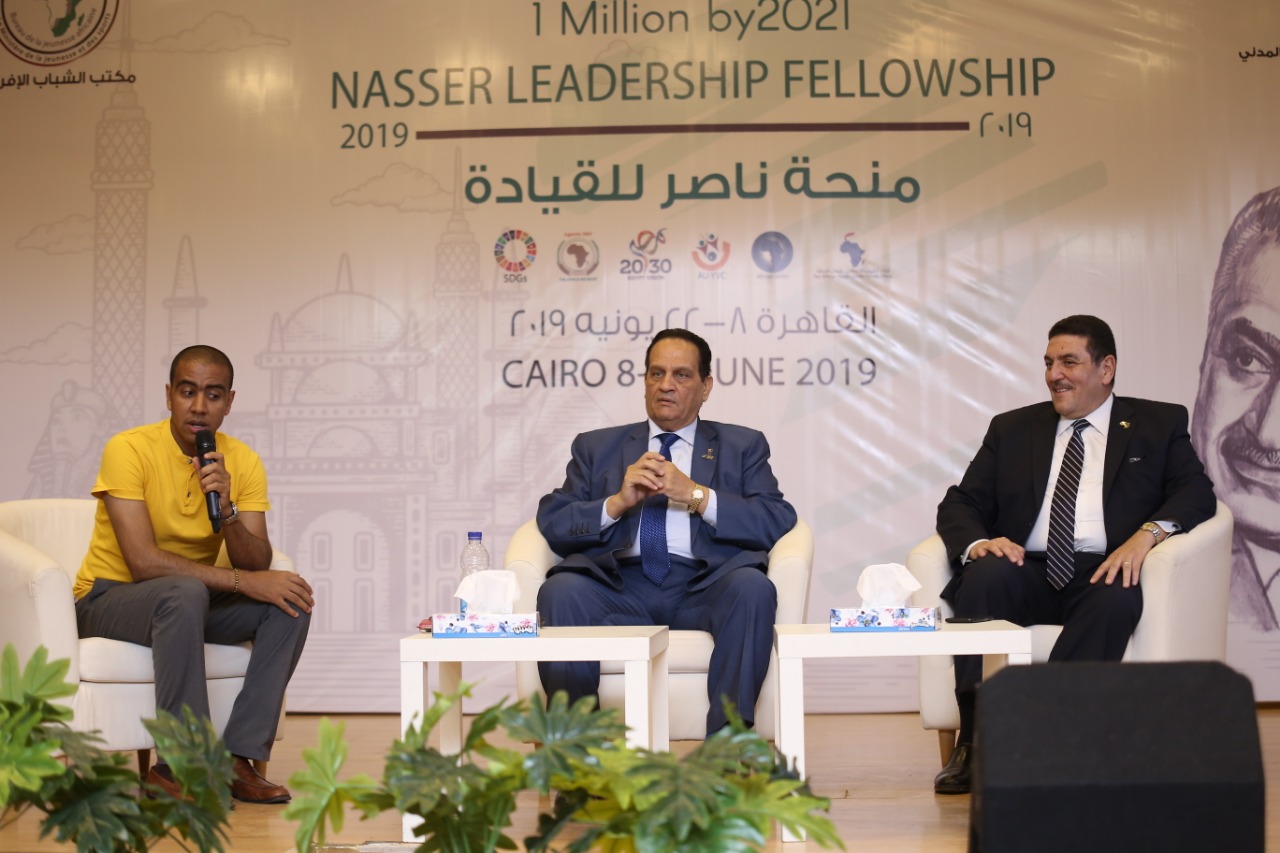 He also ensured the cooperation with the Ministry of Youth and Sports to organize a conference on combating corruption in the field of sport in Africa to be held in Cairo.

During the session, young Africans presented their sports experiences in various sports and games from different African countries.

Mr. Emad al-Banany, President of the African Union for Sport for All, for his part, highlighted the efforts carried out by the Egyptian State and its preparations for the organization of the African Cup of Nations, stating the role played by the Ministry of Youth and Sports, chaired by Mr. Ashraf Sobhi, in the integration of African youth through the organization of sports activities and events. Al-Banany also pointed out that sport was the magic of the African continent and that young people were the human treasure of the continent, thus realizing the development and the renaissance of their country.