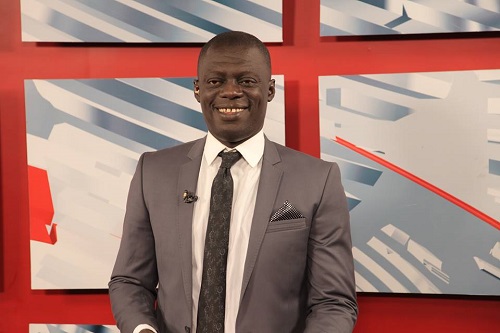 Confirming his appointment Oti Adjei said: "I said yes to a request by Kurt Okraku to serve on the GFA's Ref Committee. Allows me to have an input in a vital area."

I said yes to a request by @kurtokraku to serve on the GFA's Ref Committee.

Allows me to have an input in a vital area. pic.twitter.com/EW3pU3yLo8

Other members of the Committee are Daniel Agbogah, Christine Ziga and C.W. Okine.

READ ALSO: 2019/20 National Women’s League to kick off next year

The duties of the Referees Committee include:

a. to appoint referees for matches organised or sanctioned by the GFA.

b. to study match reports and make recommendations to the Executive Council.

c.to nominate candidates for the international list who are eligible to officiate at international matches according to FIFA Regulations governing the registration of international referees , assistant referees, futsal referees and beach soccer referees on FIFA's list.

d. to comply with standard refereeing methods as established by FIFA to ensure uniform implementation of the Laws of the Game.

e. to approve the referee instructor and assessor panels.

f. To recommend the suspension or removal from the referees list, those found to be incompetent or guilty of of serious misconduct.

The Committee has a two-year mandate.

g. to ensure strict compliance with the provisions of the Regulations on the Organisation of Refereeing in FIFA Member Associations and the GFA Referees Regulations.