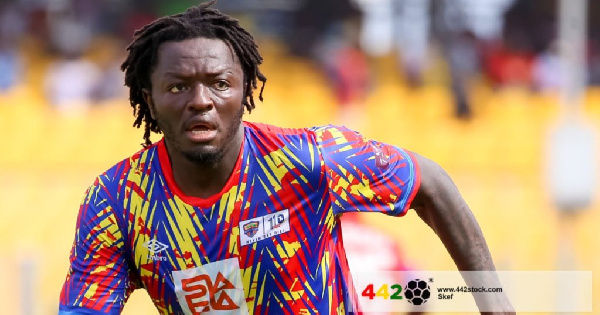 Sulley Ali Muntari has announced his retirement after almost two decades as a professional footballer.

The 38-year-old, who last played for Ghana Premier League side Hearts of Oak, confirmed that he has called time on his career on Monday.

“I just did a few months with the local side [Hearts of Oak]. My son wanted me to play,” he told Sky Sports.

“I didn’t play for almost three years, then my son decided to ask me to go and play. I did that, but now I’m done.”

The veteran midfielder recently parted ways with Hearts of Oak after the club failed to reach an agreement with him over a contract extension.

Muntari joined the Phobians earlier this year and was a key player for the club as they romped to the FA Cup title and the President’s Cup.

He also scored his first goal for the club in March when he converted a penalty in their 2-1 win against WAFA at the Accra Sports Stadium.

Having been unattached since the end of the 2021/22 season, Muntari has now announced his retirement from football.

Muntari, who started his career with Ghana Premier League side Liberty Professionals, has enjoyed a trophy-laden career in the last two decades.

He won the FA Cup with Portsmouth, Serie A with AC Milan, as well as the treble, including the UEFA Champions League with Inter Milan under Jose Mourinho.