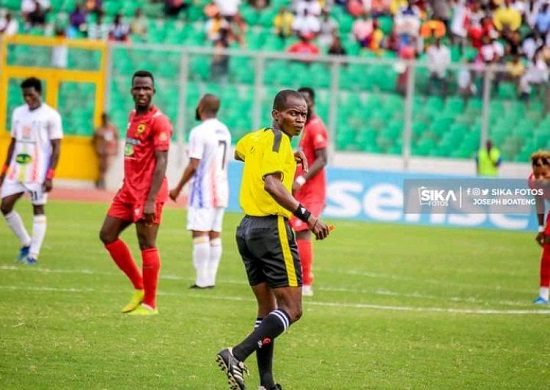 Hearts of Oak have petitioned the Ghana Football Association, GFA over the performance of referee Kennedy Padi in their narrow defeat to Asante Kotoko.

The match official grabbed the headlines following his decision to award Asante Kotoko a penalty in the matchday 24 fixture at the Baba Yara Stadium on Sunday.

In a statement sighted by PrimesNews, Hearts of Oak want the GFA to have a second look at the unprofessional conduct of Kennedy Padi.

According to them, taking an immediate action against him will serve as a warning to other referees who exercise such indiscretion against any club

A club statement on Tuesday, April 12 said "The management of Accra Hearts of Oak has officially filed a protest against referee Kenney Padi for his unprofessional conduct during our matchday 24 encounter with Asante Kotoko at the Baba Yara Stadium on Sunday, April 10, 2022." 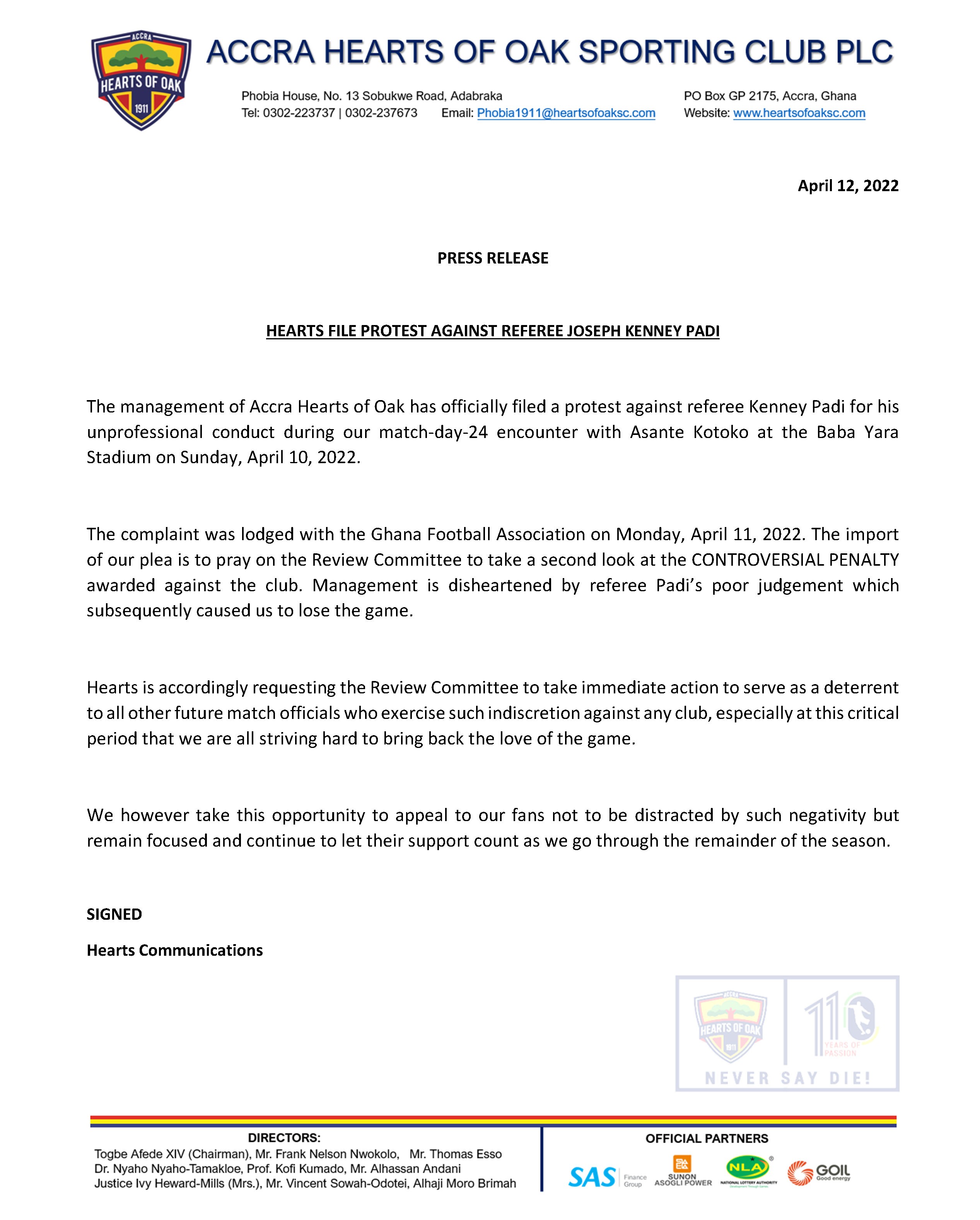