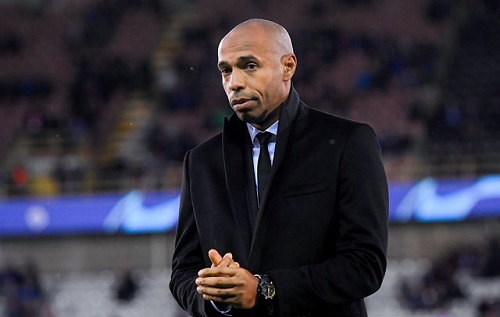 Thierry Henery has returned to management as he has been named the head coach of the Major League Soccer side Montreal Impact, the club has announced.

Henry has signed a two-year deal, with an option for 2022 with the Montreal-based team.

“It’s an honour to coach the Montreal Impact and return to MLS,” said Thierry Henry, holder of a UEFA Pro licence. “It’s a league I know well, in which I had some very nice moments. To be in Quebec, in Montreal, which has an enormous multicultural heritage, it’s extraordinary. I’ve always kept an eye on the club and now I’m here.”

Montreal Impact president and CEO Kevin Gilmore added: “We are extremely happy to announce the nomination of this legend of the game,”  “Henry will bring a new energy to our club.

He shares our vision to elevate this club and will help us achieve our goals on and off the field. He is a competitor and a leader who has proven himself at the highest level throughout his career. He now brings these qualities with him to Montreal, a place he wants to be.”

After retiring in 2014, Henry returned Arsenal to coach in the Academy of English club Arsenal, after a year there, he joined the Belgian national and served two years as an assistant coach.

He was appointed as Monaco's manager in October 2018, but was dismissed following a run of poor results.

Henry will be presented to the media on Monday.