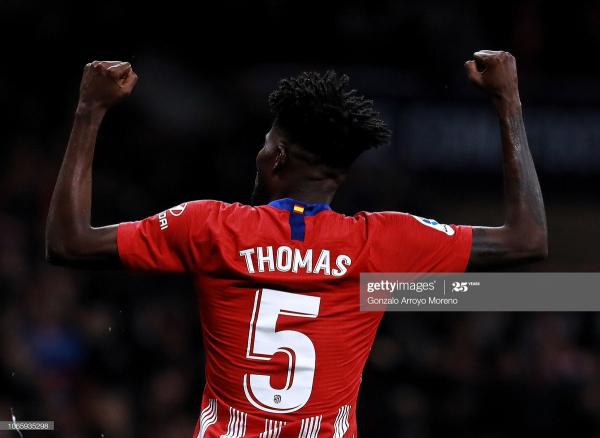 Ghana and Atletico Madrid ace Thomas Partey has expressed his gratitude after been named as the Man of the Year in Sports at the Emy Africa Awards 2020.

And the 27-year took to Twitter to acknowledge every individual who has contributed to his success.

Many thanks to @emyafrica for the recognition and a special one to everyone who voted.

The midfielder has been in sterling form for club and country and this has led to him being courted by a host on European club.

However, Atletico Madrid are reluctant to lose him and have reportedly offered him a new contract to fend off interest from the likes of Premier League club Arsenal.

Below is the full list of winners at the EMY Awards 2020.

Brand of the Year Award
Chocolate Clothing by Kwaku Bediako

Discovery of the Year
Founders of Afrochella

Man of the Year Sports

Man of the Year Technology Award
Founders of ExpressPay