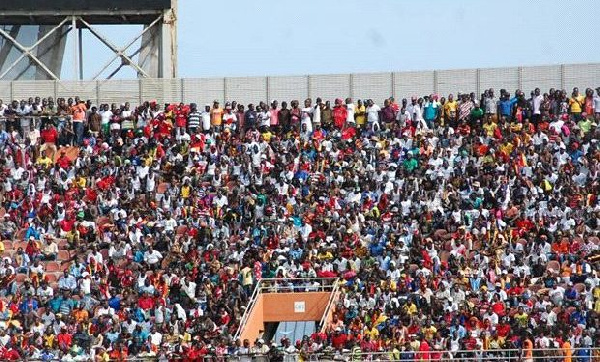 On this day 31 October 1993 (Exactly 26 years ago today) Following the victory of the Asante Kotoko football club against Asec Mimosa of Cote d’Ivoire, Ivorian fans attacked Ghanaians in Cote d’Ivoire for over three days.

More than three thousand Ghanaians sought shelter in police stations and diplomatic compounds, particularly the residence of the Ghanaian Ambassador.

There were retaliatory attacks in Ghana, though not of the scale in Cote d’Ivoire. The government mounted an evacuation exercise, bringing home thousands of Ghanaians.

Many lost their lives in the violence, or while fleeing. The behaviour of the Ivorians was in retaliation for injury suspected to have been sustained by Ivorian fans in Ghana, following a match between the two clubs in Kumasi earlier.

The injuries were, however, alleged to have been sustained in an accident which was not properly explained in the reports in the Ivorian media.

The government of Ghana in a statement expressed outrage at the violence against Ghanaians and expressed its determination to seek prompt and adequate compensation for the victims.

The statement acknowledged that both government had done their best to calm the situation down, and called upon the citizens of both countries to restrain themselves.

In the midst of the confusion the Ghana government sent a high powered delegation led by then Foreign Minister Obed Yao Asamoah to Abidjan to ascertain the facts and seek protection for Ghanaian nationals.

The delegation was satisfied that the Ivorian authorities were not party to the unleashing of the violence on the Ghanaian nationals.

However, it expressed regret that “the police or Gendarmes turned their heads the other way in the face of the use of violence against Ghanaian nationals.”

The Ivorian Foreign Minister, Amara Essi, reciprocated the visit to Cote d’Ivoire. Ghana and Cote d’Ivoire agreed to set up a twenty-member Joint Committee of an equal number of ten from either side to probe the brutalities visited upon Ghanaians.

Unfortunately, President Houphouet – Biogny died soon thereafter on 7 December 1993, at the ripe age of ninety – two. However, that did not bring matters to a standstill.

Dr Obed Ansah inaugurated the twenty-member Commission of Inquiry to probe the disturbances. The Commission was co-chaired by the Ghanaian Director for Africa and the OAU in the Ministry of Foreign Affairs and Ambassador Traore of Cote d’Ivoire.

Joseph Agbeko (27-1-0) was the IBF champion in the bantamweight category since 2007, and he came from the important victory against Vic Darchinyan, therefore, the defense against Perez did not seem to be so difficult, also because the Columbian had never won a world title.

Perez 22-0, 14 KOs, was landing more jabs and appeared slightly ahead of Agbeko, 27-2, 22KOs going into round ten, but the Vegas fight was still close that point.

In round ten, Agbeko complained to the referee about headbutt from Perez that appeared accidental. Perez landed a left. hook on Agbeko while Agbeko was engaged with the referee.

The referee admitted later that he didn’t see whether Agbeko was knocked down by a punch or another headbutt, and because he didn’t know which one was the case, he counted Agbeko as going from a knockdown.

The knockdown proved to be the difference in the bout, as Perez kept up his momentum and won two of the last three rounds on the scorecards, winning the bout and the IBF title.

After the bout, ex-champion Agbeko stated: “He ((Perez) headbutted me in round ten, and I didn’t think it was fair.”

On this day 31 October 1908 (Exactly 111 years ago today) The IV Summer (Modern) Olympic games was officially closed in London. The host nation, the United Kingdom with 676 competitors, dominated the medal table, collecting the most gold (56), silver (51), and bronze (39) medals. The 146 medals won at these Games – a major increase from the two medals won at the 1904 summer Olympics in St. Louis – are still the highest number won by a British delegation at the modern Olympics.