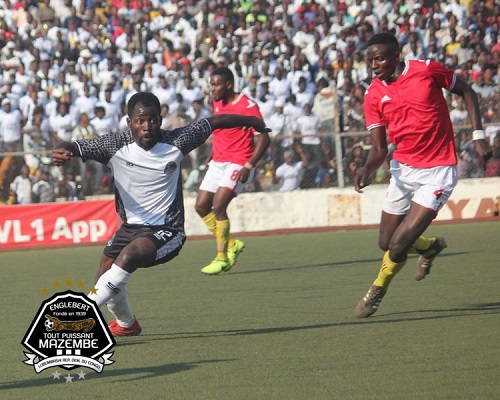 Congolese Club TP Mazembe have confirmed that they have parted ways with Ghanaian attacker Torric Jebrin following a string of poor performances.

The attacker who joined the club in 2019 from Al Masry of Egypt on a one-year loan deal with an option to extend the contract has seen his stay ended after the club failed to renew the second year of his contract which was optional.

TP Mazembe on Thursday announced that Jebrin who made 15 appearances, provided two assists and scored once in all competitions has left the club.

The club thanked him for his contribution and wished him good luck in his future endeavours.

A statement read: "Arrived in Lubumbashi in July 2019 for a one-year lease with another optional, the Ghanaian Torric JEBRIN will not continue his adventure in Lubumbashi. He did not get the second year of his contract which was optional.

Capable of confusing dribbles and a good reading of the offensive game, Torric JEBRIN did not meet the expectations of the technical staff. Still, the club were counting on him to meet the challenge. As a result of its poor performance, both parties have agreed not to extend the lease.

During a season when he booted foot down against the OC Bukavu Dawa during the 1st day of August 20, 2019 (6-0), scoring a goal and being involved in two other, he will not have had the opportunity to chain the meetings. Landed from Al Masry of Egypt, the Ghanaian did not have the time and the opportunities to really mark the history of the club. He will still be remembered as a disciplined, courageous and appreciated player.

After having worn the Ravens jersey 15 times in all competitions, Torric JEBRIN therefore left the club.

Thank you to former number 12 of the Ravens and good luck for the future."

Jebrin was handed a call up to the Black Stars during the doubleheader against South Africa and Sao Tome in the 2022 Africa Cup of Nations qualifiers by former Ghana coach, Kwesi Appiah in November.