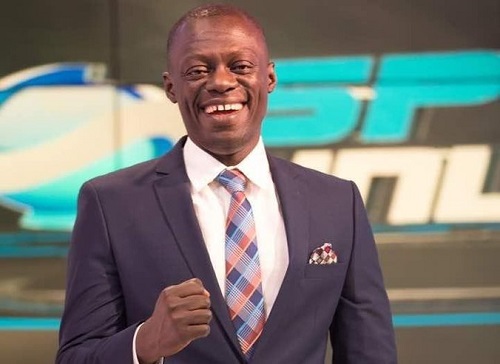 Sports journalist Michael Oti Adjei has been appointed as the Digital General Manager for Media General.

The ace broadcaster who has excelled at his profession and has followed the sports keenly for at least the past two decades is now the Digital General Manager for TV3.

He was serving as the Group Head of Sports before the new appointments. Oti Adjei has been one of the longest-serving personalities at TV3.

Following his appointment, friends have rushed to social media to wish Oti Adjei well in his new role.

Another added: Congratulations Bra Mike @OtiAdjei wishing you all the best.

He was named Vice chairman of a five-member Referees Committee.

Congratulations boss @OtiAdjei wishing you the best in your new adventure. 👊🏿 pic.twitter.com/lQyZZkvm8v

Congratulations Bra Mike @OtiAdjei wishing you all the best.

We shall continue the rest on WhatsApp.