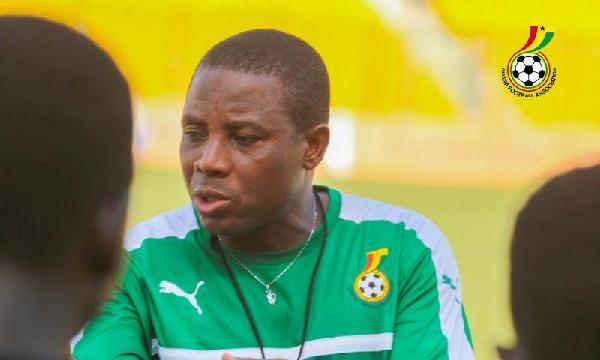 Captain Georgina Aoyem, Rasheeda Shahadu and Mariam Matiti Iddi were on the score sheet as Ghana beat Guinea in the 1st leg of the FIFA Women’s U-17 World Cup India 2022, third round qualifier in Conakry.

But Baba Nuhu was expecting a bigger scoreline and was left shocked by some of the scoring chances missed by his side.

'’Like I said before, we needed not to attack but wanted to stay from low to medium tempo before reorganizing,’’ Baba Nuhu told  GFA media.

''After the first 12 to 15 minutes, I asked my players to relax, feel free and play their normal game. I think we squandered a lot of chances and it is a worry to me as a Coach.

''Going back home, we will work on converting those chances, because it is one thing to create chances and another to score and I think it will be worked on going forward’’ he added.

Ghana recorded an impressive 3-1 win against Guinea in the 1st leg of the FIFA Women’s U-17 World Cup India 2022, third round qualifier in Conakry on Saturday.

Captain Georgina Aoyem opened the scoring for the Black Maidens after latching on a Comfort Yeboah corner kick which was headed down by Zuleiha Fuseini before slotting home in the 13th minute. Goalkeeper Amina Ahamadu came to the rescue of the Maidens by clearing a header to prevent Guinea from equalizing on the 27th-minute mark.

Rasheeda Shahadu increased the tally for Ghana after her left-footed shot from outside the box zoomed into the right bottom corner of the post to give Ghana a 2-0 cushioning as the Maidens went into the break with the advantage.

Guinea quickly regrouped after the break and reduced the deficit as they scored in the 47th minute after tapping in from close range to make it 2-1.

The Black Maidens showed a great level of experience and dexterity as they held on to win the 1st leg 3-1 in Conakry.

The Black Maidens are chasing a record 7th successive appearance at the FIFA U-17 Women’s World Cup.