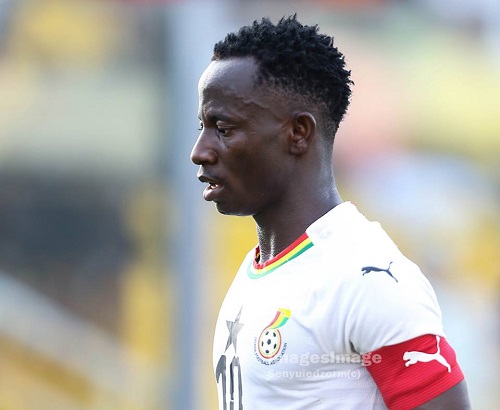 Black Meteors have welcomed the arrival of their skipper Yaw Yeboah as they continue with preparations for the U-23 AFCON to be staged in Egypt.

The Numancia attacker who is on loan at Celta Vigo touched down in the country on Monday night and immediately joined his teammates in camp.

He was among the 11 other foreign-based players handed an invite by coach Ibrahim Tanko for the said.

Yeboah's scored the only goal that ensured Black Meteors booked qualification for U-23 AFCON in their win over Algeria.

Meanwhile, Ghana Football Association had a new President last Friday in the person of Kurt Oktraku and Yaw Yeboah has sent a congratulatory message and further seeking God's guidance for him.

“I just want to congratulate the new president Mr Kurt ES Okraku, my prayer for him is that God should help him to do a better job for the whole nation.

“I have known Mr Okraku for a while, I know he can do the job very well. I wish him all the best and I congratulate him again”, he told Ghanacrusader.com.

Kurt Okraku on Monday paid a visit to the Black Meteors, reminding them of the task ahead and urged them to leave a legacy behind.

"You have an opportunity to make history and make a man for yourself, your family and most importantly your country," the GFA President told the Black Meteors.

The national Olympic team has not played at the Olympic Games since 2004 in Athens. Ghana is in Group A with Egypt, Cameroon and Mali.