U-23 AFCON: None of our opponents scare us - Ghana's asst. coach 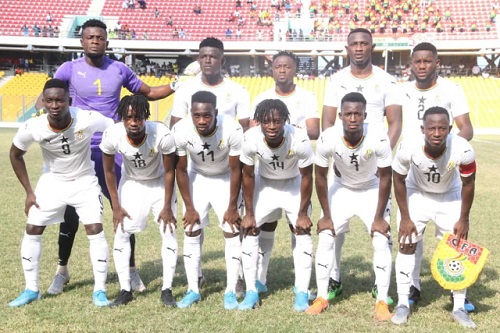 Assistant coach of the Black Meteors of Ghana Michael Osei has insisted that none of his outfit Group A opponents scare him.

The Black Meteors will be competing in Group A of the 8-team competition scheduled to be staged in Egypt from November 8-22.

They have been pitted in what can be termed the ‘group of death’ with hosts Egypt, Mali and Cameroon for the November tournament.

However, Michael Osei has maintained his charges have what it takes to make it out of the group.

It's a very tough group and we only have respect for our opponents but we don't fear them.

We know it's not going to be easy, so we will be studying our opponents to strategize very well for them for us to go through the draw.

The assistant coach further averred that Ghana's target is also to make it to next Summer 2020 Olympics.

After the Cameroon group opener on November 8, Ghana will next take on Mali and hosts Egypt on November 11 and 14 respectively.

The Egyptian capital, Cairo will host all Group A games with matches at the Cairo International Stadium.