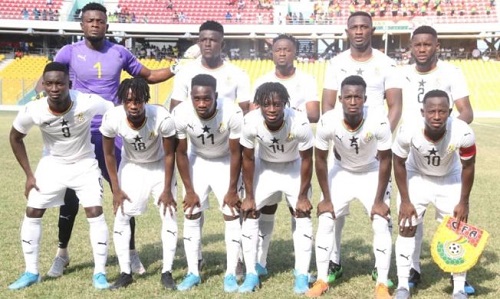 After days, weeks, months of preparation all is set for the commencement of the U-23 AFCON tournament in Egypt.

The tournament kicks off today, November 8 with hosts Eygpt will be doing the honours of opening the tournament with a game against Mali at 3: 00 PM at the Cairo International Stadium.

After, the Black Meteors will play Cameroon in the second match of the day at 7:00 pm at the same venue to complete Group A matchday 1.

Ghana is seeking a return to the Olympics Games since its last appearance in 2004 in the Athens will be hoping to begin on a good note in today's clash.

Evans Mensah who is also part of the national U-23 set up says the team is fired up for tonight's game. He is optimistic Ghana will begin the tournament on a good note.

"We are looking sharp in terms of training, Everyone is ready to play the game on Friday."

"Hopefully we will win the first match because we will take what we'we learnt during the game."

Issah Abass who has joined the team as a replacement for Ropapa Mensah due to injury insists there is no pressure on him to deliver.

Ghana’s ambassador to Egypt Dr Winfred Nii Okai Hammond added: “You qualified against one of the best on the continent, so you earned your place in this competition. So nothing should deter you from believing in your selves once again. The future for this team will not end here I believe you will qualify to the Olympic Games in Japan.''