UCL: Today's match against PSG 'like any other game' - Guardiola 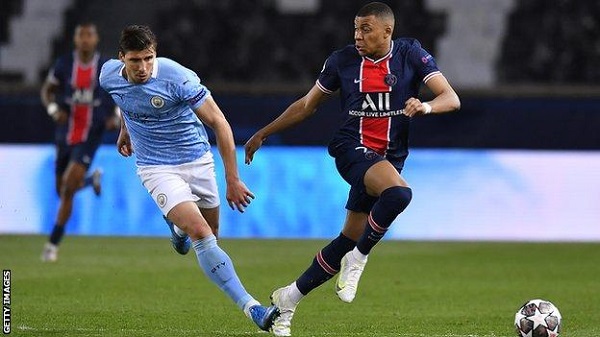 The Premier League leaders carry a 2-1 advantage into their second leg at Etihad Stadium as they bid to reach their first Champions League final.

"We arrive in a good moment and I said to the guys, 'Don't think too much to win the game'," said Guardiola.

"It is the same message of the last six months."

Guardiola, 50, won the competition twice with Barcelona but this is the furthest he has got in five attempts with City.

"We approach this game like another game," he added.

"We start with a small advantage but we have to play to win the game. This is all we are going to do."

PSG may be without star forward Kylian Mbappe after the World Cup winner missed the French champions' 2-1 win over Lens with a calf injury on Saturday.

But Guardiola expects the 22-year old to feature.

"[Mbappe] is going to play - and I am looking forward to him playing, for the football and the game itself," he added.