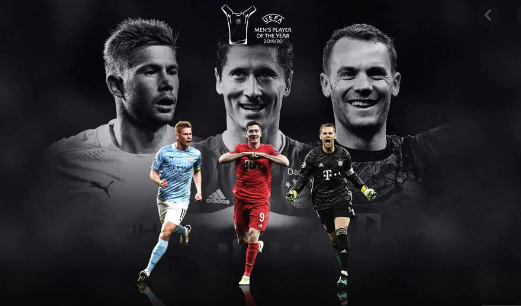 Kevin De Bruyne, Robert Lewandowski and Manuel Neuer made the shortlist for the 2019/20 UEFA Men's Player of the Year award.

Robert Lewandowski (Bayern)
Scored 55 goals in 47 games as Bayern won the treble, including a competition-leading 15 in the UEFA Champions League. Find out more about his season here.

The rest of the top ten