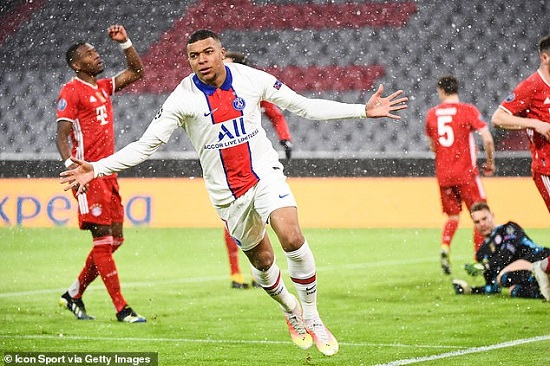 UEFA are reportedly ready to change the away goals rule in the Champions League and Europa League for next season.

Under the new regulations, which are set to be agreed on Friday, away goals will only count up until the end of the 90 minutes of the second leg. If the tie then goes to extra-time, then the away goals rule will no longer count.

This is according to The Sun, who claim that the new proposals are being backed by Europe's top clubs with Manchester United’s executive vice-chairman Ed Woodward and Manchester City chief executive Ferran Soriano both on board with the rule change.

The report goes on to suggest that scrapping the away goals rule completely have been rejected.

UEFA will reportedly sanction the change to come into effect from the beginning of next season after the rule was scrutinised with both club competitions heavily affected by Covid-19.

The away goals rule, which was introduced for the 1965-66 campaign, came under criticism after a number of two-legged ties had to be moved to neutral venues this season as a result of strict travel regulations in certain European countries.

Chelsea, Arsenal, Liverpool, Tottenham and City are had to play European ties at a neutral venue at some point which saw complaints that the rule was no longer fit for purpose.