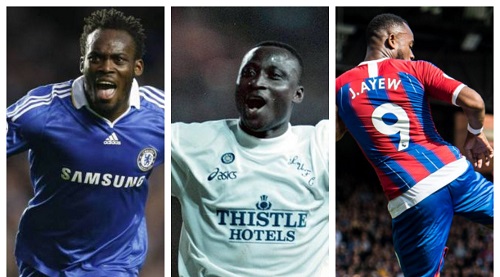 The Premier League has made a compilation of great goals scored by Ghanaian players over the years.

Many Ghanaians have played in the English top-flight league. Notable names like Micheal Essien and Jordan Ayew have all had goals considered as the best at a particular time in the top flight.

Tony Yeboah became the first Ghanaian goalscorer in the competition when he struck for Leeds United in February 1995.

It was one of 24 Premier League goals he scored, some of which were truly breathtaking.

Michael Essien played for Chelsea between 2005-2014 and made 168 appearances. The two-time champion is one of only three Ghanaians to lift the Premier League Trophy and scores some cracking goals for the London club.

Here is the full compilation of the goals