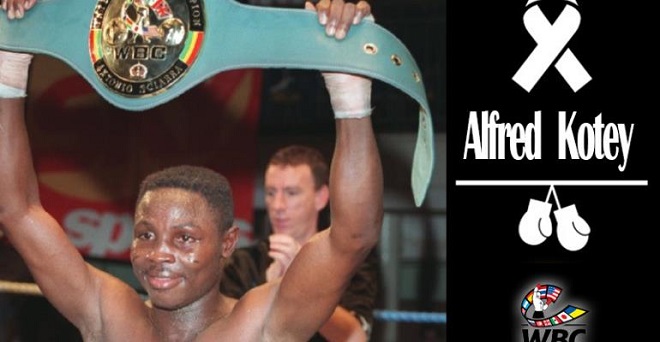 Kotey who died aged just fifty-two, represented Ghana at the Seoul Olympics in 1988 and made his debut in Accra in November 1988. During his career, he was a WBO world champion and held the WBC International title.

The WBC and its President Mauricio Sulaimán, join in prayers with Alfred’s family and friends, during this difficult and sad time.

Ghana’s Sports Ministry, on the other hand, have also expressed their condolence to the family of the late boxer.

“Our thoughts and prayers are with his family and the boxing fraternity during this difficult period. We take consolation in the fact that the Lord does what is good for his people. May his soul rest in perfect peace,” a statement signed by the Sports Minister Honourable Isaac Asiamah said. 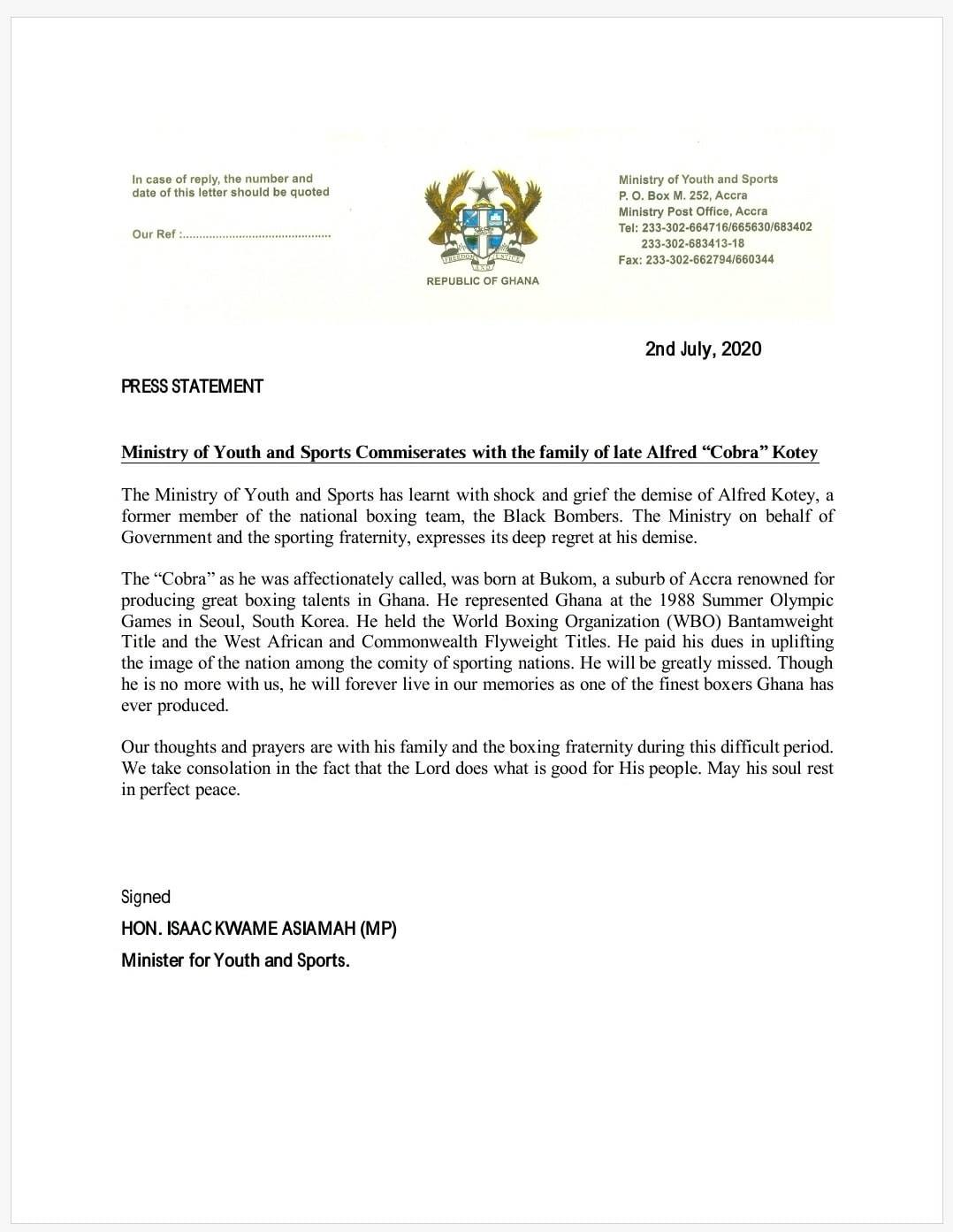 The WBO family is deeply saddened by the passing of the great Alfred Kotey, the organization's first World Champion from Ghana. Kotey defeated Rafael Del Valle to win the Bantam crown on July 30th, 1994. May he rest in peace. pic.twitter.com/xpoaPoKskr

https://t.co/klhqPz0w4g offers condolences to the family and friends of Ghana’s own Alfred Kotey. Kotey, the former WBO World Bantamweight Champion, died on Tuesday of a stroke. He was 52. May he rest in peace. #boxing #ghana pic.twitter.com/TNhO2KC6Fh

Really sorry to hear of the passing of our former world champion Alfred Kotey. He was one of those who paved the way for other Ghanaian boxers like myself to become world champions. He will be sorely missed. My deepest condolences to his family and may he rest in peace. 💔🇬🇭🥊