We are targeting the league, FA Cup - Bechem United President 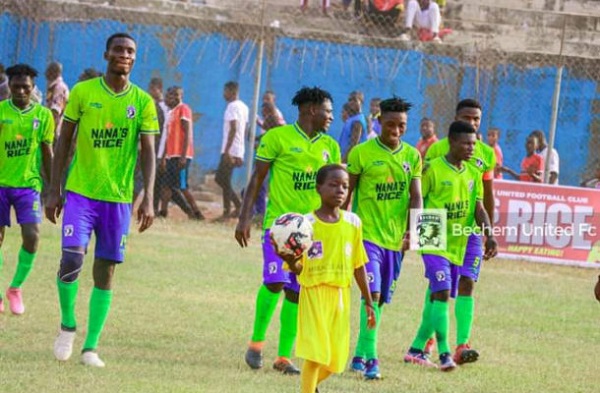 Club President and owner of Ghana Premier League club Bechem United, Kingsley Owusu Achiaw says that his side has come of age and are no longer pushovers.

The Ahafo based side are second on the Ghana Premier League table with 47 points nine adrift league leaders Asante Kotoko.

With six matches to end the league season, Bechem United will need to overpower Kotoko to think of the league title.

Bechem United who have one MTN FA Cup title are in the finals after defeating Aduana Stars 2-0 in the semi finals last Saturday and will face Accra Hearts of Oak later on.

Speaking in an interview with Akoma FM, the club owner revealed that his side are eyeing a domestic double this season.

"We are no more minnows in Ghana football, we have come to stay as a club and compete, nothing is too big for Bechem United. If it comes to logistics, one can attest to the fact that we are no pushovers. Our kits are top class, we have four buses. We mean business."

"Now we are targeting the league trophy as well as the FA Cup.

And my promise to Bechem people is that, once we win any of the titles, we are going to Africa and our Africa games will be played in here Bechem."