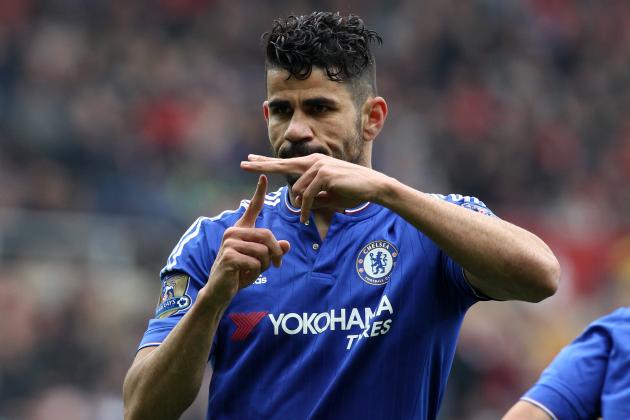 English Premier League leaders, Chelsea will face Bournemouth on Boxing Day, Monday in an attempt to maintain their six-point lead going into the new year.

But would be without two of their best players, lead scorer, Diego Costa and midfield gem, N’golo Kante after both were suspended for in their last game against Crystal Palace for their fifth booking.

Antonio Conte would now have to pick a suitable replacement for the two as they hope to win their game against a resolute Bournemouth side.

Michy Batshuayi is expected to step in for Costa as the best replacement with the striker capable of making a mark when it matters most.

However, Conte could also decide to play without an out and out striker with most of the midfielders capable of finding the back of the net.

Pedro, Hazard and Willian could play upfront and certain to find the back of the net in the absence of mighty Costa.

In midfield, however, Conte can easily replace Kante with Fabregas who would be supported by Matic in the holding midfield role with Moses and Alonso operating from the flanks.

It is also possible that a versatile player like Azpilicueta could be forced to play in midfield to ensure some compatibility as done by N’golo while Ivanovic comes in to play at defence together with Cahill and David Luiz.

However, the case may be, it is obvious that   Conte would not struggle to pick out 11 players to feature against Bournemouth as they await the return of Costa and Kante on New Year’s Eve against Stoke City.