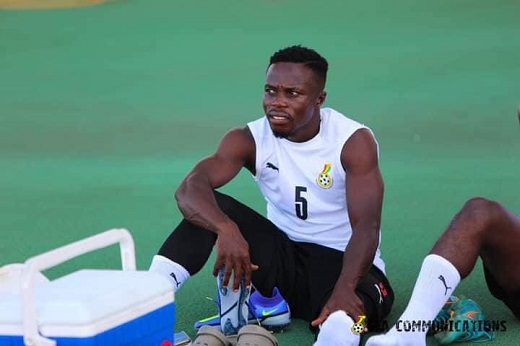 Bechem United winger Augustine Okrah has turned down an invitation to join the Black Stars ahead of the four-nation tournament in Japan.

Ghana will be competing in the Krin tournament against hosts Japan, Chile, and Tunisia.

Okrah was named in the initial 33-man squad for the AFCON 2023 qualifiers against Madagascar and Central Africa Republic.

He was left out of Ghana’s 3-0 win over Madagascar in Cape Coast, as well as the squad that traveled to Angola for the 1-1 draw with the Central African Republic.

The former Asante Kotoko winger was recalled to the team for the trip to Japan but has declined the invitation.

"I was called (for the Black Stars trip to Japan) but I made them aware that I was not feeling well and I can't go and disgrace myself because as a player, if you're not fit and you perform badly, you might not be called again. So I let them know that I am fully fit and so I cannot report to camp," Okrah told Light FM.

Black Stars will play Japan in the semi-finals, and if they win, they will face the winner of Tunisia vs. Chile in the final,

The competition serves as part of preparations for the 2022 World Cup to be staged in Qatar.