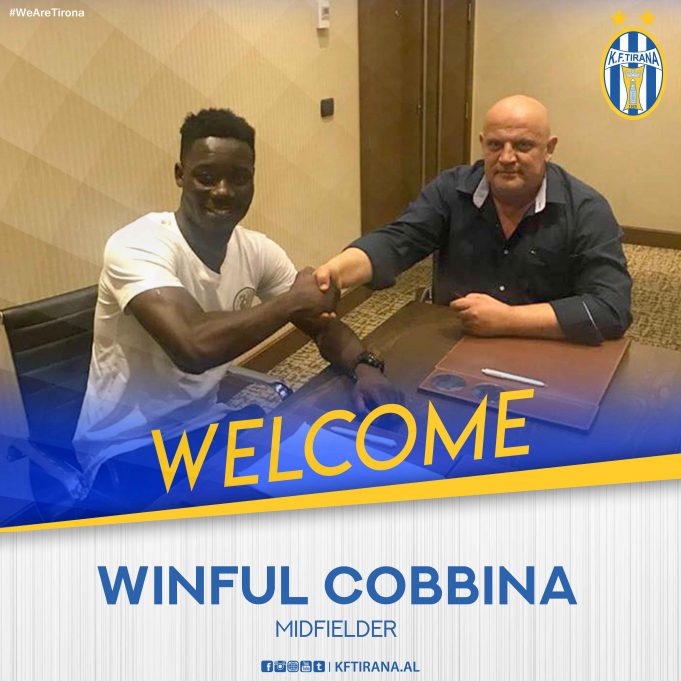 Winful Cobbinah has finally joined the Albanian giants after a successful negotiation.

The skillful midfielder joined KF Tirana from Hearts of Oak after completing his medicals on Thursday.

The player helped Hearts of Oak to the finals of the MTN FA Cup where they lost to rivals Kotoko.

Hearts of Oak released a statement confirming Winful Cobbinah's departure from the club.

Winful Cobbinah was instrumental in Hearts of Oak making it to the finals of the MTN FA Cup but unfortunately lost by 3-1 to Kumasi Asante Kotoko.

He played a starring a role in Black Stars B clinching of the WAFU Cup of Nations hosted in Ghana.