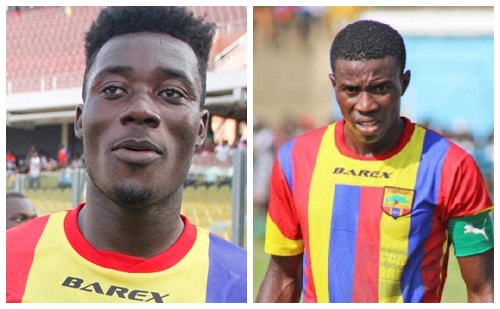 Winful Cobbinah has rejected claims made by former Hearts of Oak captain Thomas Abbey that the team lost to Asante Kotoko in the 2017 MTN FA Cup final due to monetary issues.

The likes of Cobbinah and Abbey were no match for the Porcupines as the Kumasi-based side whipped Hearts of Oak 3-1 to clinch the trophy.

A hat-trick from Saddick Adams was enough for the Porcupines to beat the arch-rivals in the 2017 FA Cup final in Tamale.

3 years after, Thomas Abbey has opened up on what accounted for their loss on that day. According to him, the team was owed 3 months salaries and bonuses affected their performance on that day.

However, Winful Cobbinah who featured in the said match has refuted Abbey's claims stating that the player is making allegations because he is 'frustrated' Hearts of Oak blocked his return months ago.

"He [Thomas Abbey] should not put any player into problem because we have no knowledge about what he said in the interview," he told Kumasi based Oyerepa FM.

''Does Abbey thinks we were like him who chose money over Hearts of Oak" the FK Tirana angrily quizzed.

"I don't even remember Hearts of Oak owed us three months ahead of the 2017 MTN FA Cup match against Kotoko. It's not true"