Bernard Arthur unhappy with treatment at Hearts of Oak 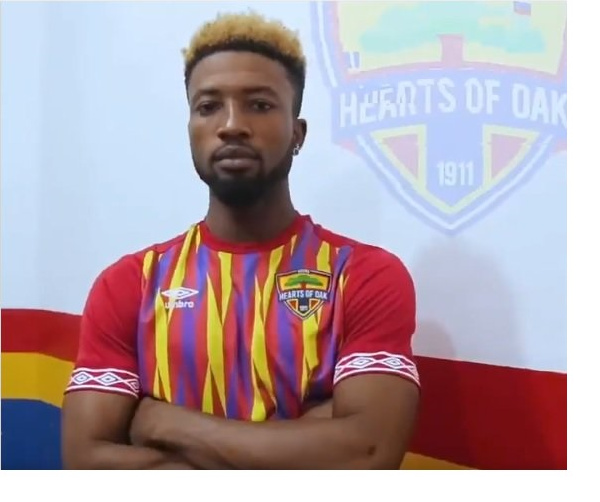 Bernard Arthur feels hurt about the poor treatment Hearts of Oak is meting out to him.

Arthur joined the Phobians last year on a 2-year contract and after 14 matches into the suspended season he has been restricted to a bit-part role.

The forward has featured only four times with most of his spells coming as a second-half substitute, as he has found the back of the net once in all competitions.

According to Arthur, he has not been able to hit the ground running at Hearts of Oak because head coach Edward Nii Odoom has not been giving him enough playing time.

Speaking to Asempa FM, he descended on Nii Odoom saying 'he does not have balls.'

"Coach Nii Odoom has not been fair to me," he said. "He does not have balls and that is the truth.

"I have worked with top coaches like Sam Adday, CK Akonnor and expatriate coaches. If you don't want a player, be bold and tell him I don’t like you and it can be in the form of text message but you don't make a mockery of the player whiles he wants to play.

"I am a registered player but I don't get playing time meanwhile, unregistered players are playing but during league matches, the coach will call you and introduce you to the game the dying minute of the game.

"People think I am not in good form but I have not been able to train properly since I joined Hearts of Oak and it has affected me.

"I made a huge impression against Liberty Professionals and Great Olympics and I was expecting to maintain my place in the team but he dropped to the bench against Kotoko.

"I am not happy with the treatment at the club," he added.

Bernard Arthur during the second transfer window handed in a transfer request to try and force through a move to regional rivals Great Olympics due to lack of playing time at Hearts of Oak.