World Cup 2022: Black Stars will do everything to qualify from tough Group - Inaki Williams 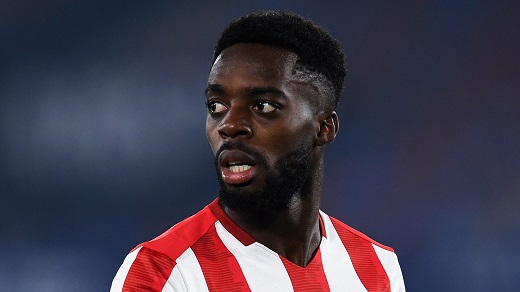 Inaki Williams believes that the Black Stars squad will give maximum effort to make it out of their World Cup group in Qatar.

The Athletic Bilbao striker, 28, revealed a video on Tuesday announcing his nationality switch from Spain to Ghana, shocking fans across the globe.

He is expected to be available for the Ghana national team in the AFCON 2023 qualifiers and the 2022 FIFA World Cup in Qatar.

Otto Addo and his men will battle it out against Portugal, South Korea and Uruguay in Group H and Williams believes the team will do what they can to sail through.

“It’s very special for Ghana to qualify for Qatar. I think anything can happen. I think it is a difficult group. It is not going to be easy for Ghana but I think the team is going to do everything to qualify for the next round,” he said in an exclusive interview with TV3.

Williams has played 272 La Liga games so far in his career, scoring 54 goals and dishing out 32 assists. His addition is a boost for Otto Addo who looks to improve his attacking options ahead of the World Cup.