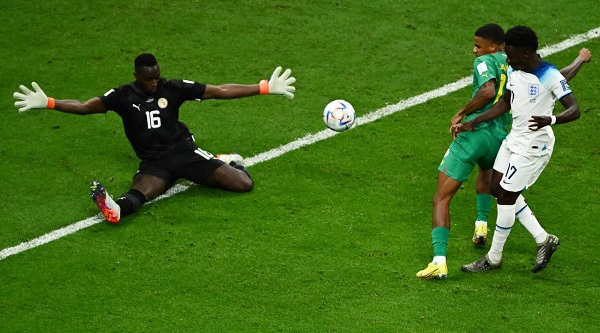 England cruised past Senegal on Sunday to set up a quarter-final with defending champions France.

Senegal had the better of the first half an hour, creating a couple of good opportunities and limiting England to very little in attack.

Jordan Pickford pulled off a superb save to deny Boulaye Dia from close range.

England made Senegal pay with a superb sweeping move on the 38th minute, Jude Bellingham hooked it across for Jordan Henderson who was on hand to finish emphatically from close range.

Just five minutes later England had a second, Harry Kane grabbed his first goal of this World Cup, thumping home to make it 2-0.

The Three Lions made it 3-0 on the 57th minute, Phil Foden played a super ball into Bukayo Saka who deftly lifted the ball over Edouard Mendy.

England managed the game superbly in the second period, limiting Senegal to zero shots on target.